Ancient city of Kaunos continues to shed light on history 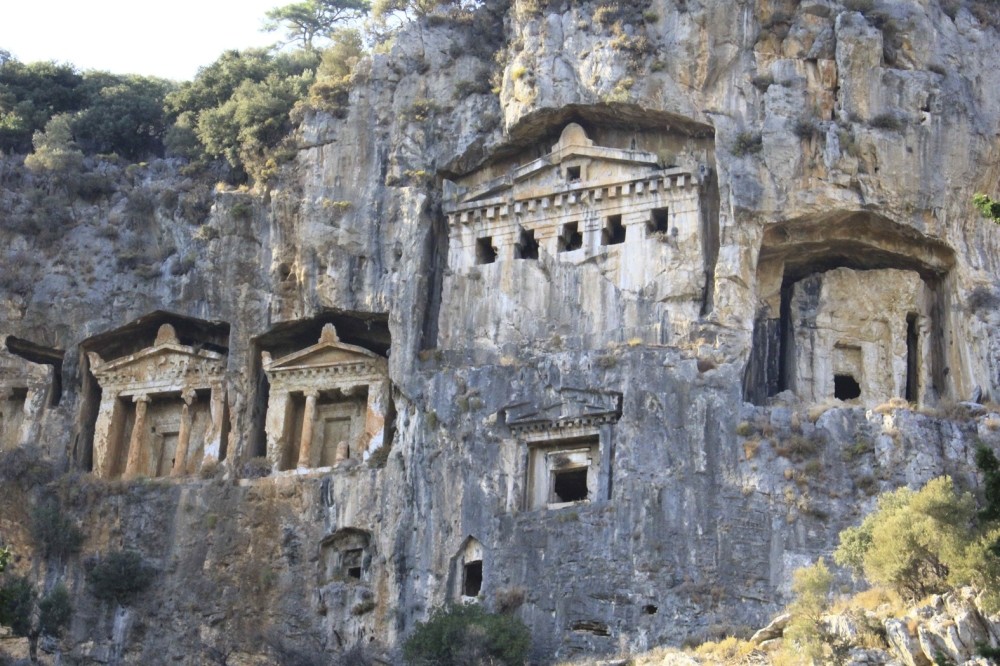 Built according to the direction of the wind, the ancient city of Kaunos in Muğla province has been excavated for half a century and has become a treasure trove for archaeologists trying to discover many ancient mysteries

The 50th anniversary of the archaeological excavation of the ancient city of Kaunos, which began in 1966 under the direction of Professor Dr. Baki Öğün in the Ortaca district of Muğla province, was honored by the governor of Muğla, Amir Çiçek, who visited the excavation site and was informed of its progress by the leader of the project, Prof. Dr. Cengiz Işık.

Işık said that Kaunos has shed light on many puzzling mysteries surrounding the science of archaeology including various historical structures that have been uncovered during excavations over the last 50 years. Governor Çiçek also showed his support for the promotion of the ancient city, saying, "We need to strive to encourage our foreign visitors who embark on boat tours to see the city and spend more time there." 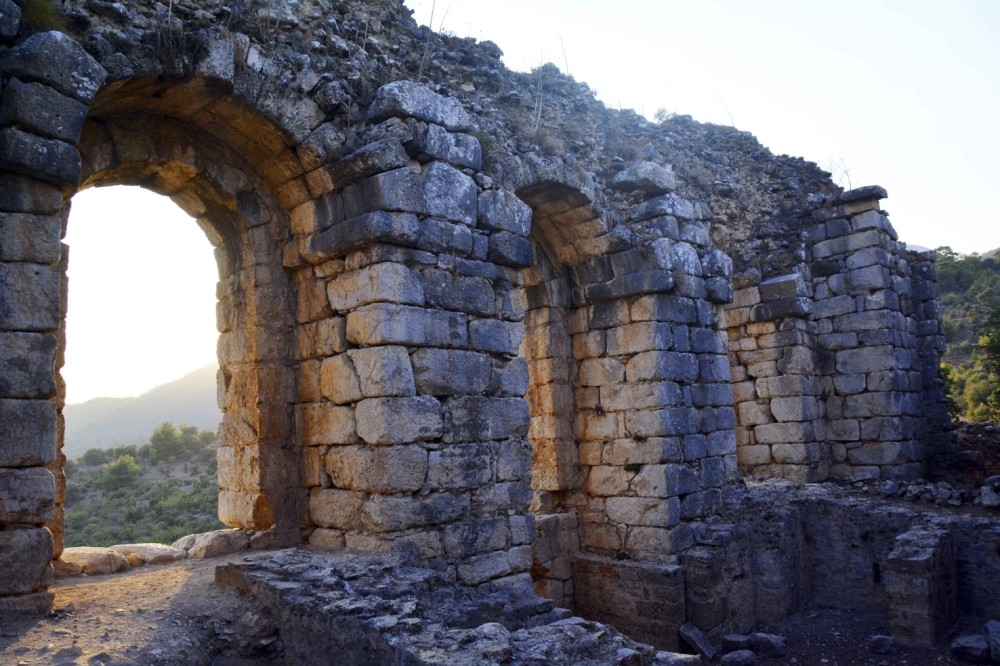 Kaunos has shed light on many puzzling mysteries surrounding the science of archaeology including various historical structures that have been uncovered during excavations over the last 50 years.

During his speech at the excavation house, the leader of the excavation project Işık said that this season's excavation efforts will continue until mid-September, adding that the Kaunos excavations are one of the longest archaeological excavation projects ever launched in Turkey. "Kaunos is one of the most important ancient cities in Anatolia and throughout the years, it has revealed its own identity, character and textures. While Kaunos is not famous for its historic architectural structures made of marble; in its own way it is more important [than ancient cities known for their architecture] as it has been the home for important archaeological discoveries and historical structures, " Işık said.

Pointing to the long-made claims of writers who believe that the ancient city's main streets and avenues were built according to the direction of the wind, for the first time, scientists have archaeological findings to support these claims, proving that building structures in Kaunos were in fact built in such a manner.

Çiçek added that the ancient city of Kaunos is among the three most visited archaeological sites in Muğla, welcoming both local and foreign tourists. Emphasizing that the ancient city is included in the UNESCO temporary heritage list, Çiçek announced that they will strive to make sure that the visitors of the region do not just enjoy the spectacular view of the rock tombs from the side of the lake but also visit the ancient city to feel its historical makeup and feel.

Çiçek also said that they will aim to ensure that visitors of Kaunos spend at least a day in the region as there is so much history to view and embrace. Adding that they will issue a tourism package to increase bed capacity in the region, Çiçek stated that the package will allow visitors to feel the historical fabric of the region and Dalyan will not only be renowned for its boat tours but also for its history. "I believe the ancient city of Kaunos will contribute a lot to tourism. Yet, we will only ensure this by offering boat tours; we will bring those who take boat tours to this ancient city," said Çiçek.
Last Update: Sep 06, 2016 10:39 am
RELATED TOPICS