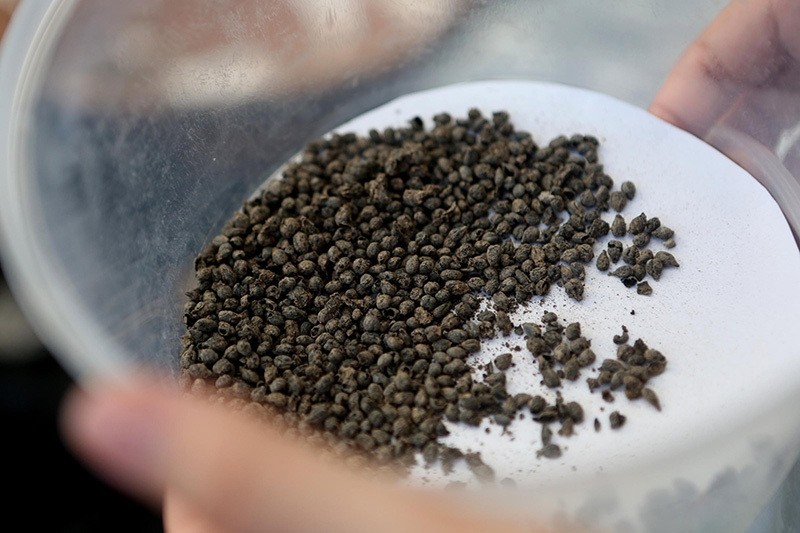 Grape seeds dating back 5,000 years were the latest discovery of an archaeological research that has been carried out near an 8,500-year-old mound located in the western Izmir province.

The seeds were uncovered in Yassıtepe Mound located in Bornova district, which is very close to the nearby 8,500-year-old Yeşilova Mound, the oldest settlement near Turkey's third largest city Izmir.

The seeds are presumed to be that of the renowned Bornova Muscat grape. The head of the excavation team, Assoc. Prof. Zafer Derin said that the seeds, which were found in carbonized form at the bottoms of pottery, could be the oldest grape remains in the Izmir area. Derin added that the seeds could help reveal important details regarding life in Western Anatolia during antiquity.

Anatolia is regarded as one first the regions were grapes are being cultivated in history, with western provinces of Izmir, Aydın and Manisa being the most prominent centers of grape production in Turkey.

In the excavation carried out by the Ege University with the support of the Ministry of Tourism and Culture, Izmir and Bornova municipalities, more than 300 pieces belonging to the Neolithic and early Bronze ages were unearthed to be examined.

The unearthed objects were displayed in an exhibition at Bornova Municipality's visitor center at the Yeşilova Mound.
Last Update: Oct 09, 2016 3:13 pm
RELATED TOPICS