Famous 'be cheerful, enjoy your life' mosaic to make its debut in Paris 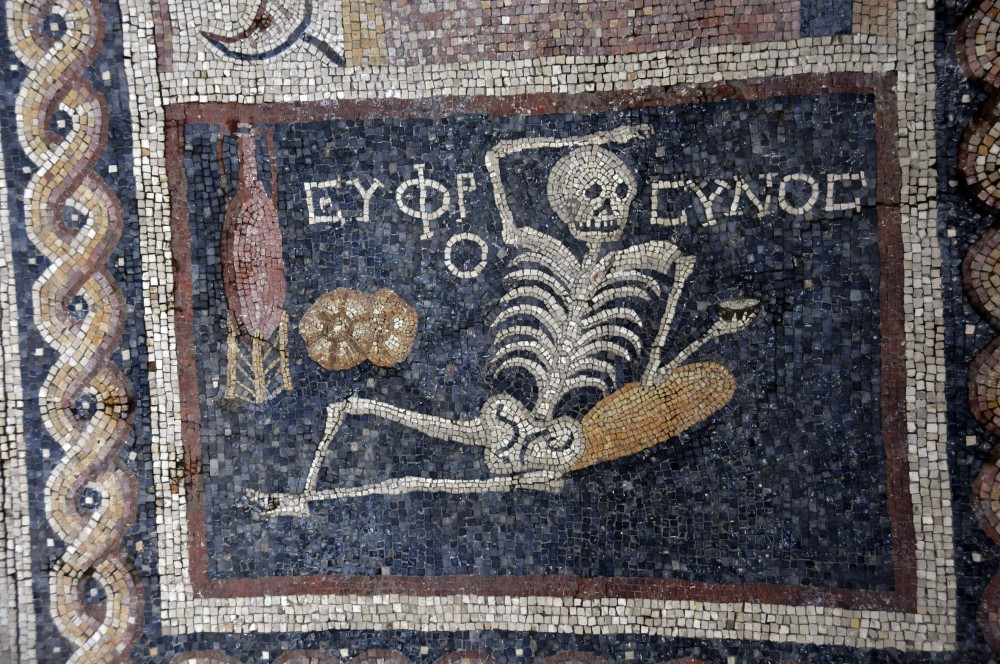 During the event, the mosaic's photographs and replica will be displayed by the metropolitan municipality. The mosaic, which features the line "be cheerful, enjoy your life," will draw a great deal of attention, especially from the institutions that provide funding to various art forms.

Hatay Metropolitan Municipality Mayor Lütfü Savaş said the promotion of the mosaic on international platforms will contribute to the recognition of Anatolia's rich-historical heritage as well as boost the tourism industry in the region. "This mosaic proves that Hatay was a city of peace even in the ancient times. Although there has been a civil war in Syria, which has a border with the province of Hatay, there has been not a single event that could spoil the peace in the region because of the tradition of tolerance in Hatay. We want to promote the ancient remains in Anatolia to the world. We believe that the mosaic will create a stir among the UNESCO delegation as well as all participants at the Paris event," Mayor Savaş said, adding the municipality will also invite the UNESCO delegation to Hayat following the Paris convention.

When the mosaic was first unearthed in April, the mosaic caused a stir among archaeologists and is said to be "one of a kind." The mosaic is reportedly from the third century B.C. According to archaeologist Demet Kara at the Hatay Archaeology Museum, the mosaic is a part of the ancient Greek-Roman city of Antioch and has an ancient Greek inscription saying, "Be cheerful, enjoy your life." Kara further noted that professors have referred to the mosaic as the "skeleton mosaic" and have concluded that the mosaic once adorned the wall of a lavish dining room in an upper class home. She noted that there is a similar mosaic in Italy, but this one is more comprehensive, making it a unique piece.

The ancient city of Antioch was established by Seleucus I Nicator, one of Alexander the Great's generals, in the fourth century B.C. It is known to be the first place where the followers of Jesus were referred to as Christians. Hatay is well known for its Roman-era mosaics dating back to the second and third centuries B.C.
RELATED TOPICS