Hittite village to recreate life in Hattusa 3,500 years ago 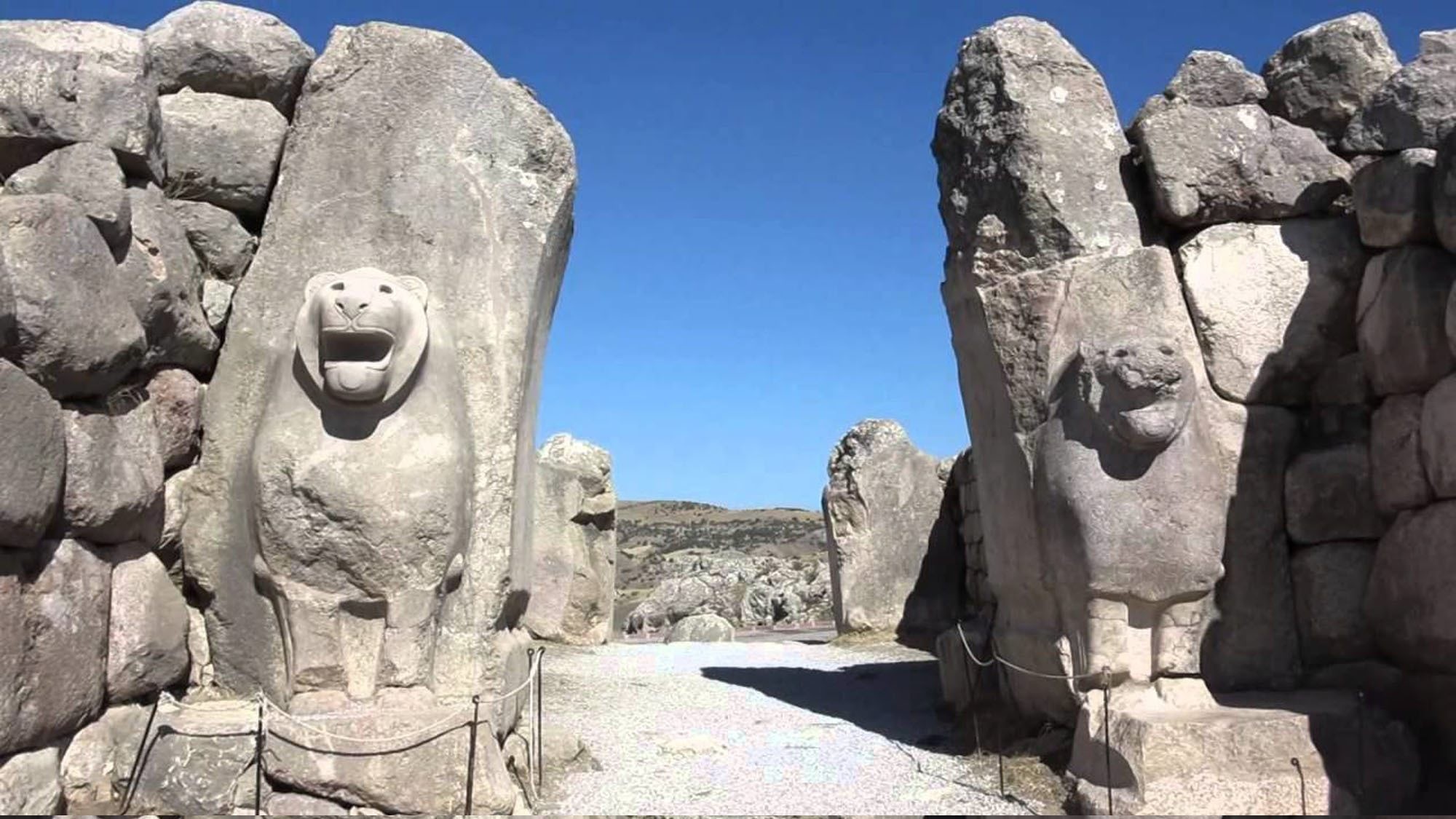 The Lion Gate, named for two matched lions carved from two arched stones, is located in southwestern entrance to Hattusa, built in about 1.340 BC. Lions were of considerable symbolic importance to the Hittite civilization.
by Anadolu Agency Oct 24, 2016 12:00 am
Çorum, home to one of the oldest civilizations in Anatolia, the Hittites, aims to attract tourists with a Hittite village theme park.

Hattusa was added to UNESCO's World Heritage List in 1986 thanks to its well-protected architectural structures and excavation site. The city has been on UNESCO's Memory of World List with its cuneiform scripts representing the oldest known form of Indo-European languages since 2001. To promote this site and increase the number of tourists, regional authorities have launched a series of plans.

According to Boğazkale District Governor Osman Aydoğan, they will initiate several projects to celebrate the 30th anniversary of Hattusa's inclusion on UNESCO's World Heritage List. Aydoğan said they organized a workshop to discuss how to better promote the region and increase the number of tourists. Academicians and experts on the Hittites discussed a new project called the Hittite Village. Supported by the Central Black Sea Development Agency (OKA), the Hittite Village project will be built on a seven-acre area for TL 1 million.

Aydoğan said: "We aim to make people experience how the Hittites lived 3,500 years ago. Thus, we plan to build a village recreating the period that will host tourists. The plan is to build homes with stone floors and a yard, a city center where people enter through a gate decorated with lion statues, various shops, and the crown room of the Hittite kings, a Hittite prison, a bakery and a metal workshop."

As part of the project, the theme park will also feature gift shops, an observation terrace and a café. Aydoğan said their main objective is to show people how the Hittites lived more than 3,000 years ago. "We will spend over TL 1 million. Currently, there is no other project such as this in Turkey. We will first build a Hittites village utilizing the architectural features of the period," Aydoğan added.
RELATED TOPICS