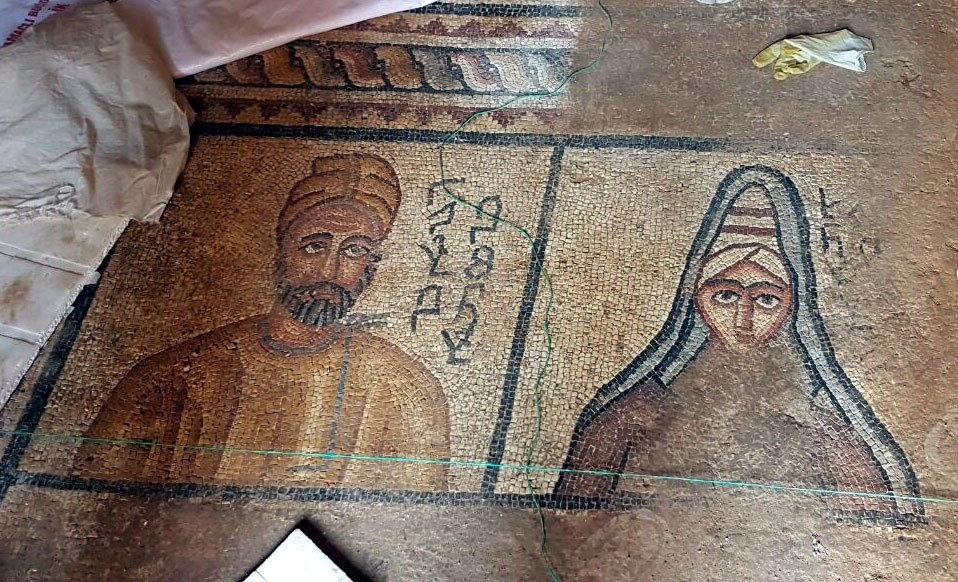 Rare ancient mosaics, believed to date back to the 1st century BC, have been unearthed in the southeastern Şanlıurfa province of Turkey, the municipality said Wednesday.

Archaeologists have discovered five base mosaics from Abgar V (BC 4 – AD 7), the fifth king of the kingdom of Osroene (132 BC to AD 244), depicting fine engravings and Syriac inscriptions, as part of a project titled "The Castle Skirts". The mosaics will be displayed in museums after their restoration is completed.

Within the scope of the project carried out on an area of some 45,000 square meters in Şanlıurfa, nearly 80 tombs have been restored so far, while roads have been built and environmental arrangements have been made to preserve the artifacts. These restorations have played an important role to help turn the southeastern province into a center of attraction.

It is believed that Abgar V was one of the first Christian kings in history, having been converted to the faith by the Apostle Thaddeus of Edessa, one of the Seventy-two Disciples sent out to spread Christianity.