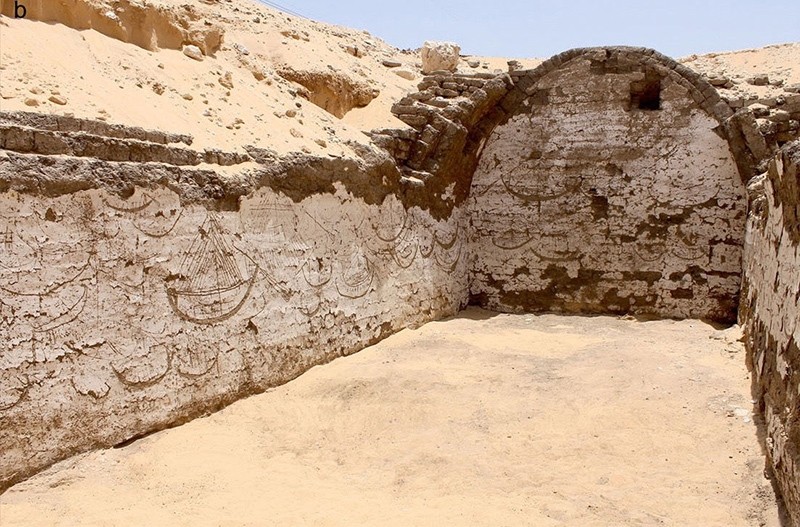 Archaeologists have discovered over 120 images of ancient Egyptian boats decorating the walls of a building near the tomb of Pharaoh Senwosret III in Abydos, known to be one of the oldest cities in the country.

According to Josef Wegner from the Penn Museum, University of Pennsylvania, who is also the leader of the excavation team at Abydos, said that the building dates back 3,800 years and its interior walls are adorned with images of ancient boats.

Over 1.5 meters in length, the images display large boats with oars, sails, masts and other features of boats according to an article by Wegner, which was published in the International Journal of Nautical Archaeology.

He noted that the boat drawings do not compose a unified scene present in other ancient structures such as the royal pyramid complexes of the Old Kingdom, and highlighted that each image was drawn by a different hand.

"Some individuals appear to have been more talented or interested in rendering the fuller details of Egyptian watercraft, while others were content to leave only a token stroke evoking the basic curvature of a boat hull" Wegner said and added:

"However, the uniformity of theme transcends that of a random collection of graffiti."

He continued by highlighting that the images were drawn to commemorate individual connections with boats.

Boats buried in funeral complexes are a common phenomenon in Egyptian royal tombs.

With his team, Wegner has been carrying out excavations in the area since 2014 in cooperation with the Egyptian Ministry of State for Antiquities.