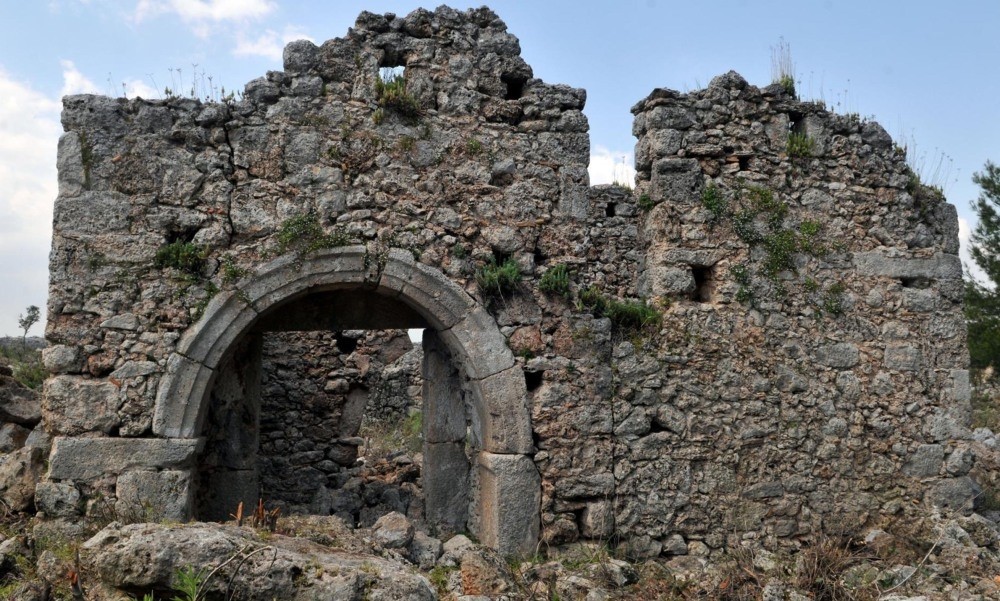 by Anadolu Agency Nov 04, 2016 12:00 am
Archaeological excavations in the ancient city of Lyrboton Kome, located in Antalya's Kepez district were launched yesterday in order to introduce the site to tourism.

The ancient city, niched in a rocky tract in the Varsak region, will be resurrected in a collaboration between Kepez Municipality, Turkey's Culture and Tourism Ministry and Antalya Museum with support of Akdeniz University.

Following the excavations and restoration project, the Arete Tower, olive oil workshops, houses, churches, public baths, cisterns and tombs will be opened for tourists. Alongside the floral and geologic richness of the region it will be introduced as a nature and history park.

The ancient site is planned to be kept alive throughout the year with activities like, Apollo-Olive Harvest Festival, trekking, cultural activities and museum events.

Kepez Municipality Mayor Hakan Tütüncü, confident that Lyrboton Kome will become a tourist attraction, said "We have taken the first steps to open the ancient city to culture tourism. This project will help Kepez get its share of tourism revenue."

The ancient city of Lyrboton Kome, which was used as an olive oil production site of Perga, features more than 80 tombs, numerous well-preserved double-story residences, a public bath and three churches.

As the site had previously been plundered by treasure hunters, this project aims at healing those wounds by transforming it into a sustainable protected site and a tourism attraction.
RELATED TOPICS