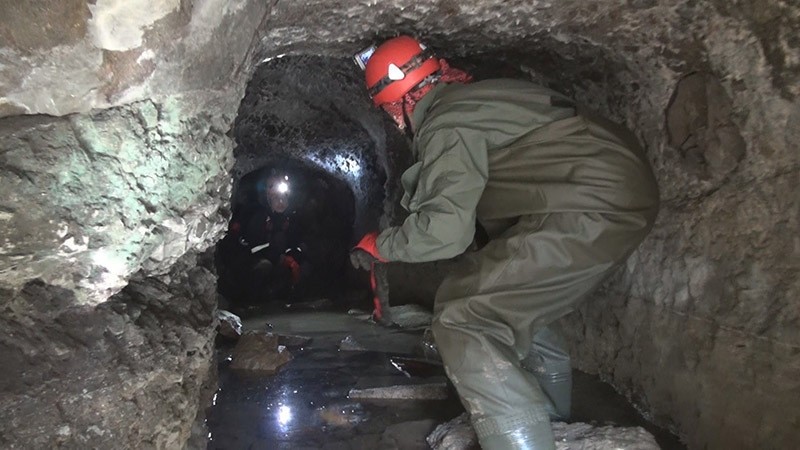 An estimated 2,500-year-old cave has been found near the Taşbaşı Church in the Altınordu district of Turkey's northern Ordu province located on the Black Sea coast.

The cave was discovered by Ordu Metropolitan Municipality personnel. A team of experts that prepare a television program on regional and man-made natural caves were invited to Ordu in order to solve the cave's mystery.

According to the exploration made so far, the cave has a length of 40 meters and a width of 1.5 meters.

It is presumed that the cave was man-made in ancient times and reached up to the Taşbaşı Church. People most probably used the cave in order to go to the seaside from their homes.

Upon entering the cave, the team saw that the ground made out of stones but the back was blocked due to natural calcification.

The municipality aims to open the cave for visitors along with the landscape that was planned for the stairs project in Boztepe.