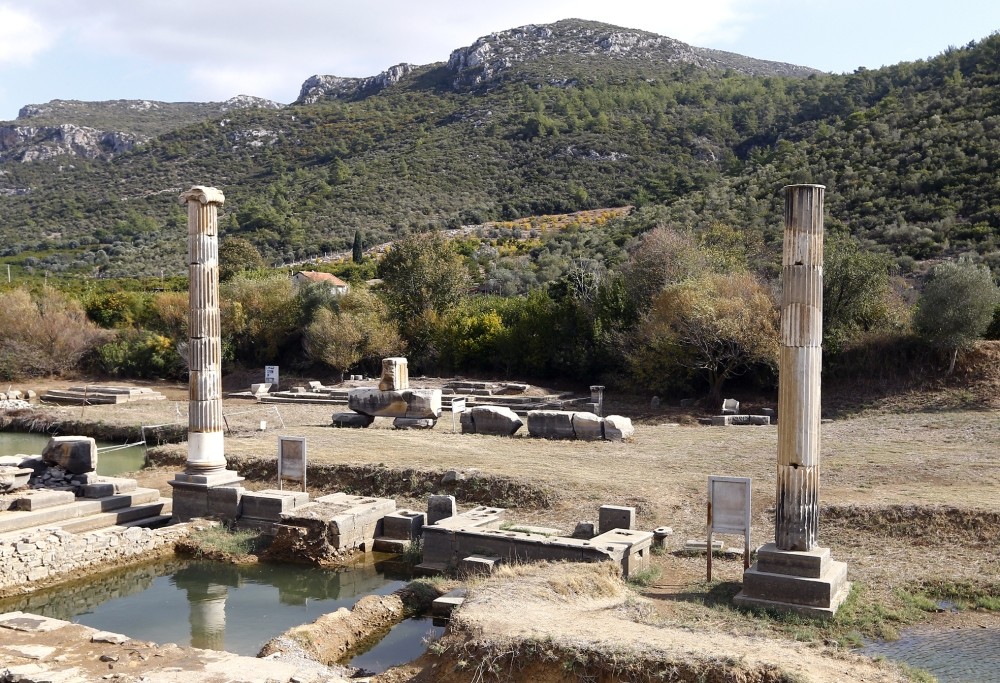 The head of the Claros excavations Professor Nuran Şahin, speaking to an Anadolu Agency (AA) correspondent, said the excavations in Claros, first discovered in 1907, have continued on and off for more than 100 years. The ancient city was among the centers of prophecy and pagan belief during its culmination. It is believed that the city was founded in 13th century B.C. during the time when the Mycenaean civilization ruled the Aegean territory.

Claros was a center of paganism until the fourth century, when Christianity began to spread. According to historians and archaeologists, the city was one of the three centers of prophecy, along with Delphi and Didyma in modern day Greece. In fact, Claros' citizens were believed to follow orders received from Delphi; however, archaeologists have not found any objects belonging to the Mycenaean civilization in Greece. The recent excavations have revealed artifacts belonging to the Mycenaeans, suggesting that Claros was the oldest prophecy center in the ancient era.

Offering insights into the importance of Claros, Şahin drew attention to the fact that the ancient city continued to attract visitors until the fourth century; however, it gradually lost its charms once Christianity began to spread in the region. She said the city center featured a boiling spring, as it was founded on a fault line, and the city was surrounded by laurel trees.

Şahin said the ancient city is still visited by thousands of modern tourists thanks to its historical importance and explained most of the tourists visit the city due to their religious beliefs. She noted that groups from the U.S. visit frequently: "There is an American-based group called the 'New Apollonians' and they believe that there is a magnetic energy in Apollo's prophecies in this ancient city. People who believe in various quantum religions often visit Claros. The visitors are mostly women. They soak their feet in the spring water in the temple and believe that they are absorbing the energy in the temple by doing so."

Şahin further added that they have discovered a new structure in the southern part of the city; however, it is too early to comment on.
RELATED TOPICS