Trump's immigrant grandfather pleaded to stay in Germany but was refused, letter shows 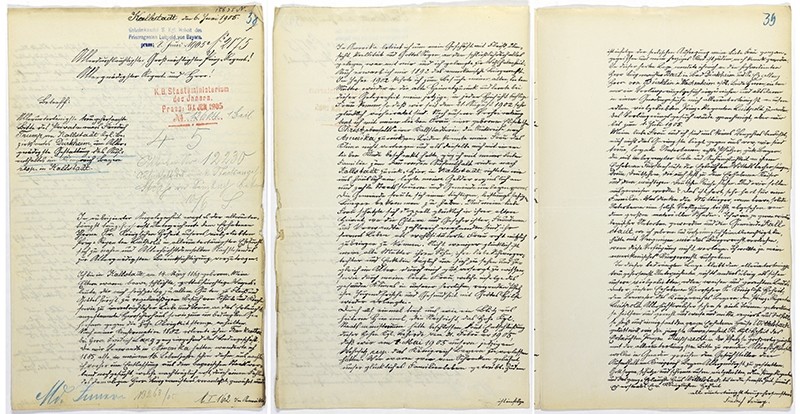 The reproductions provided by Landesarchiv Speyer show a letter by the grandfather of U.S. President-elect Donald Trump. (AP Photo)
by Associated Press Nov 21, 2016 12:00 am

A handwritten letter has been found in a German archive in which President-elect Donald Trump's grandfather unsuccessfully fought his expulsion from the country for failing to perform mandatory military service.

Bild newspaper on Monday printed the 1905 letter located by an historian, in which Friedrich Trumpwrote Bavarian Prince Luitpold begging the "well-loved, noble, wise and just" leader not to deport him. Luitpold rejected the "most subservient request."

Trump's grandfather was born in Kallstadt, then part of Bavaria, and immigrated to the U.S. as a teenager without performing his military service. It was after he'd made his fortune there and tried to resettle in Germany that he was ordered expelled, and returned to the U.S.