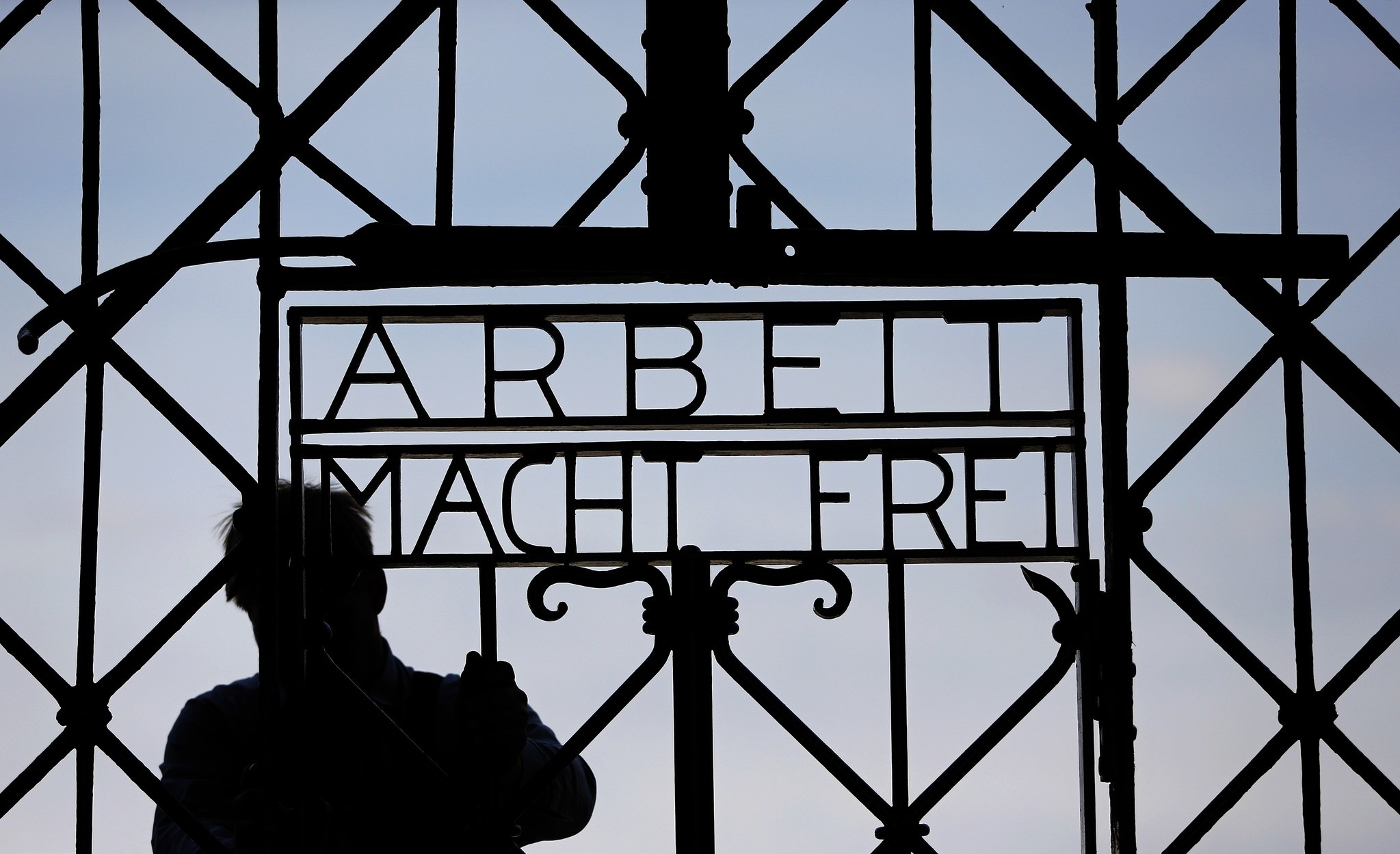 An iron gate with the infamous slogan "Arbeit macht frei" ("Work will set you free") stolen from the former Nazi concentration camp Dachau in Germany two years ago has been found in Norway, police said Friday.

"It was found in the open air," she said. "You can tell that it's been outside but it's in good condition."

Bergen police released several photos of the black gate, one of which showed it leaning against a low wall on a bed of autumnal leaves.

In a statement, it added that the gate would be returned to the German authorities "as soon as possible".

There was no mention of any arrests made in connection with the theft.

Police in the southern German state of Bavaria, where Dachau is located, confirmed the gate had been found.

"From the picture transmitted, police believe it is highly likely that this is the iron gate that was stolen from Dachau," it said in a statement.

The theft of the 100-kilogramme (220-pound) gate was reported on November 2, 2014, sparking an uproar, with Germany's Chancellor Angela Merkel calling the crime "appalling".

The gate was taken on a Saturday night, between the rounds of security guards watching the site which has no video surveillance system.

Police at the time said they were investigating whether neo-Nazis had committed the crime, and even offered a 10,000-euro ($11,000) reward for tips that could solve the case.

It was first used to incarcerate political prisoners but during World War II, it became a death camp where more than 41,000 Jews were slaughtered before US troops liberated it on April 29, 1945.

Today some 800,000 visitors from around the world visit the camp each year.

Cultural authorities in Bavaria welcomed the recovery of the gate.

"It is a relief to me that this original evidence of the Nazis' cynicism and contempt for humans has been rediscovered," Karl Freller, head of the Bavarian Memorial Foundation, said in a statement.

Gabriele Hammermann, director of the Dachau Concentration Camp Memorial Site, said the gate, "a highly symbolic relic of the concentration camp", would once again go on display after the authorities had finished their investigations.

"Of course it will be presented to the public again following restoration," she said in the same statement, adding however that it had yet to be decided "whether that will be in its original place or as part of a permanent exhibition".

Another sign with the same inscription at the former Nazi death camp Auschwitz was stolen in 2009.

The mastermind of that theft, Swedish neo-Nazi Anders Hoegstroem, was caught and jailed for two and a half years.

The metal sign was eventually recovered cut up into three pieces. A replica was displayed above the entrance until it was restored in 2011.