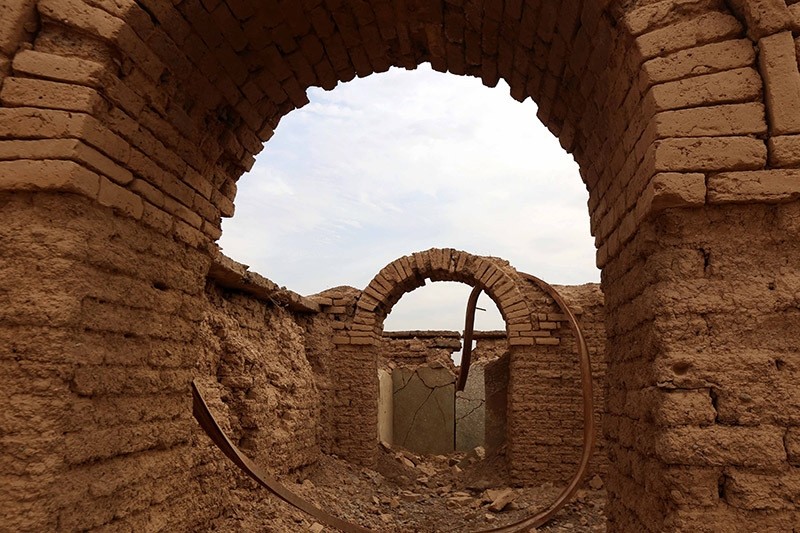 A picture taken on November 15, 2016, shows the destruction caused by Daesh at the archaeological site of Nimrud, some 30 kilometers south of Mosul in the Nineveh province. (AFP Photo)
by Associated Press Dec 14, 2016 12:00 am

Daesh terrorist have destroyed the ancient site of Nimrud almost beyond recognition, and left its ruins vulnerable to thieves and further damage, according to the United Nations.

Wednesday marked the first visit to a cultural heritage site seized back from the terrorist group Daesh for UNESCO, the world body's cultural organization, and perhaps a sign of what lies ahead in Iraq and Syria. Nimrud was seized in summer 2014 by Daesh, and the group made a point of filming the destruction of its Northwest Palace.

As the assault on Mosul drew closer this fall, the group also bulldozed the ziggurat, a 140-foot tall structure that dominated the site. That destruction has not yet emerged on Daesh propaganda.

Associated Press journalists joined the UNESCO team and an Iraqi archaeologist who served as their guide, Layla Salih.

"The most important thing right now is to ensure some basic protection, in particular of this palace, because of all the pieces that remain. And they are completely unprotected," said Louise Haxthausen, the UNESCO representative to Iraq.

Salih estimated that around 60 percent of the site was a total loss, but was encouraged by the giant piles of rubble because, she said, that means some of the antiquities could be relatively safe beneath the dirt and bricks — as opposed to looted.

Nimrud was captured from Daesh in early November. But Daesh terrorists this week recaptured the Syrian historical site of Palmyra.

Nimrud dates to the 13th century BC and was one of the capitals of the Assyrian empire of that era.