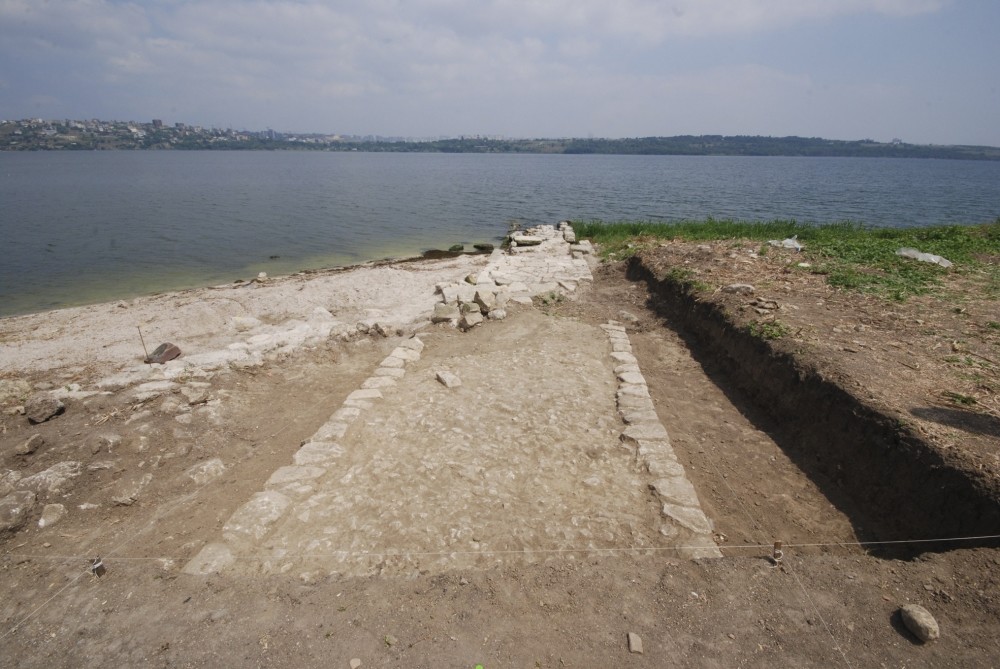 The excavation of ancient Bathonea, conducted in collaboration with the Culture and Tourism Ministry and Kocaeli University, has been ongoing near Küçükçekmece Lake in the Istanbul district of Avcılar for six years, providing more and more insight into the history of earthquakes in Istanbul.

According to archaeologists, the site dates back to 2,000 B.C. and is now helping scientists fill in the blanks regarding the geologic history of one of the most ancient cities in the region. Traces of earthquakes that hit the ancient city of Bathonea are being examined by a team of scientists led by Professor Şerif Barış, general manager of Kocaeli University's Earth and Space Sciences Research and Application Center. 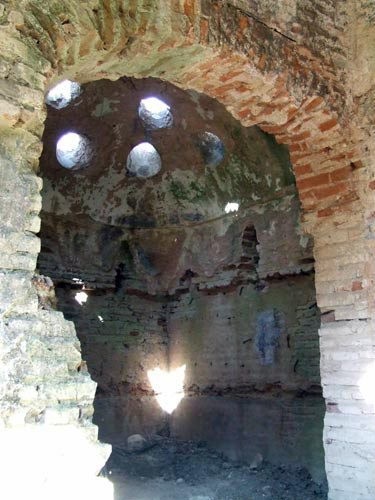 Speaking to an Anadolu Agency (AA) correspondent, Professor Barış asserted that scientists are examining remnants of ancient homes, roads, buildings and infrastructure of this ancient city, using advanced geophysical techniques. The professor noted the importance of gathering geophysical seismic data in collaboration with archaeological findings to gain crucial information on historic seismic activity. The techniques used have gained momentum around the world since being used by Turkish archaeologists in 2008. Barış said: "Collaborating with Associate Professor Şengül Aydıngün, the head of the Bathonea excavation, at an important archaeological site in Küçükçekmece will set a key precedent for the study of archaeology and geophysics. Unfortunately, few excavations have been completed using this combined approach in Turkey. Therefore, the Bathonea excavations are a pivotal development, and both teams are working very hard. Partnering with German scientists as well, I am sure that positive developments and key findings will result."

Professor Barış said they are using these techniques to determine the extent of the damage caused by earthquakes in the ancient city. Previously in 2012, a team of archaeologists discovered a church at the site that showed traces of structural damage consistent with earthquake activity, as well as loss of life, providing important insight on seismic activity in ancient Bathonea.

Barış and his team also came across numerous buildings that were structurally damaged, pointing to seismic activity. He said: "Previously, our archaeologists discovered three skeletons and a coin under remains from the Justinian era. These findings also coincide with an earthquake that hit Istanbul in 557, which caused extensive damage to Hagia Sophia. This discovery indicates that all historic buildings in Küçükçekmece were destroyed from their foundations," Barış said.

The professor claimed that they will be able to report the seismic history of Istanbul more accurately as a result of new archealogical findings, noting: "Some of the largest buildings and thickest walls have major damage and huge cracks. We need to put an exact date on the damage using carbon dating, namely the Carbon 14 method, in combination with geophysical techniques. The archaeological and geophysical works are still being conducted. However, we are certain that earthquakes during the 6th, 10th and 11th centuries caused extensive damage to the ancient city of Bathonea."

Barış added that a major earthquake, also known as the "Small Apocalypse," hit Istanbul in 1509, the largest earthquake to ever hit the Marmara region. The professor said scientists are working to date the fault lines under the basin of Küçükçekmece Lake to learn the extent of the damage.

Stressing that the Küçükçekmece Lake basin is an important "laboratory" for understanding the history of Istanbul, Barış said they would be able to put an end to debates about ancient earthquakes that hit Istanbul if they can pinpoint the dates and seismic traces of these earthquakes.

"There is a rule of nature: If a natural disaster occurs, the same disaster will surely happen again. The time interval of these earthquakes is set. If a 7.5-scale earthquake occurs at the same location every 400 years, that earthquake is likely to hit the same spot again 400 years later. The Marmara region was hit by four different earthquakes in the same century before. If we do not know which earthquakes hit where, we will not be able to predict the epicenter and scale of future earthquakes to come," concluded Barış.
Last Update: Dec 15, 2016 1:42 am
RELATED TOPICS