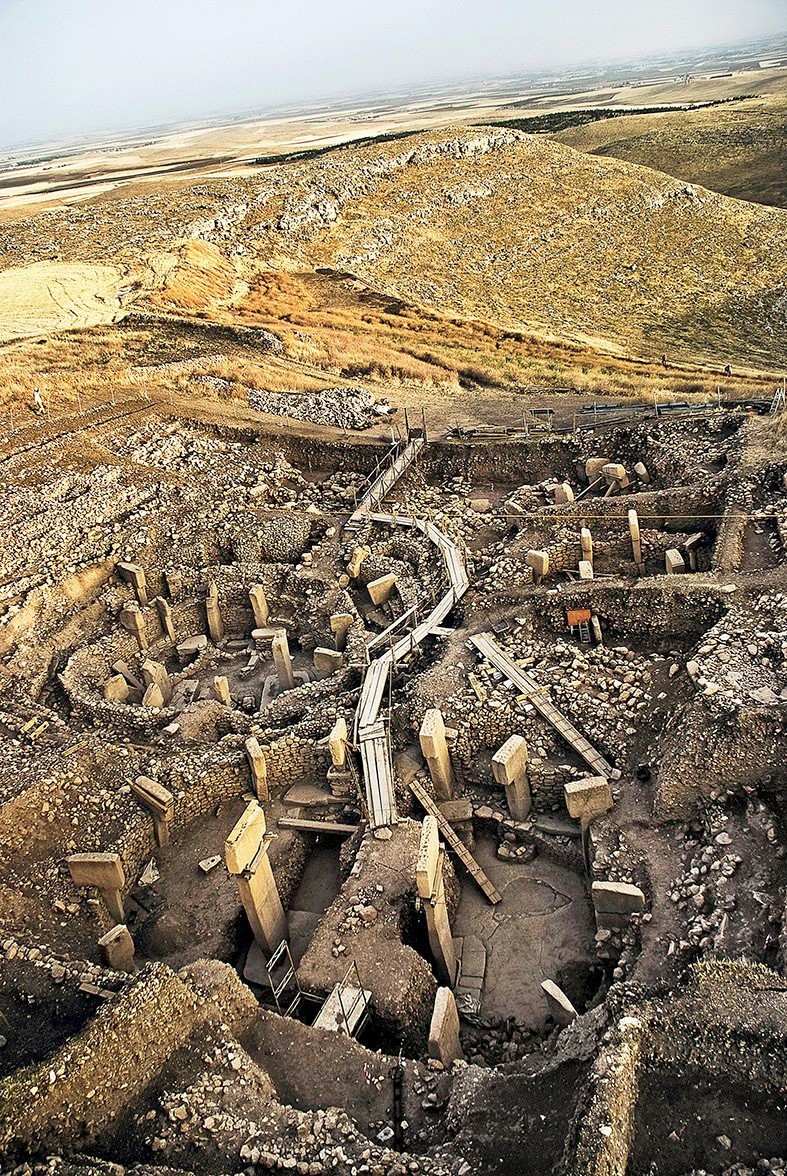 Italian-American scientist Cesare Emiliani theorized a new calendar in 1993, suggesting that human civilization did not start with the birth of Jesus Christ, and Göbeklitepe was a stronger nominee to be the starter of civilization

Mankind has been walking the earth for thousands of years but did you ever wonder why the Gregorian calendar, which is the most widely used calendar in the world, takes the birth of Jesus Christ as the beginning of history? Although it is not surprising given the fact that the Gregorian Calendar was named after and introduced by the head of the Catholic Church Pope Gregory XIII in 1582, it is still a little confusing for billions of people around the world who are not Christians and feel a little bit of injustice for all of the ancient people who came up with brilliant ideas and changed the course of human history. In 1993, American-Italian scientist Cesare Emiliani came up with the brilliant idea of the Holocene calendar, a whole new calendar creating a year zero for all humankind and rightfully marked the establishment of Göbeklitepe, which is believed to be the first-ever large-scale temple constructed by humanity.

Human history began a long time ago. Mankind, who did nothing but hunt and gather, began cultivating soil, making tools and accommodations from stone and finally learned how to master other materials such as metals. All of these achievements and developments made us who we are today. Baby steps were taken by ancient people, paving the way for all the technological developments that we have today. For centuries, archaeologists and scientists believed that man had the idea of building massive public buildings for worship and other purposes after they learned how to cultivate soil and establish large settlements. Yet, the discovery of Göbeklitepe, an ancient site located in southeastern Anatolia, changed this entire school of thought. Established nearly 10,000 years ago, while people were still hunter-gatherers, Göbeklitepe was home to the first-ever large-scale temple constructed by humanity. This sheds light on the history of mankind and how we started to develop and become sedentary.

Emiliani strongly suggests that we need a calendar that embraces people from all over the world and cultures. According to his idea, we need a year Zero that points to the first development that mankind made and a more universal calendar rather than the Gregorian Calendar, which starts with year 1, and ignores all humanity's accomplishments before the birth of Jesus Christ. Believing that the vast majority of human history occurred 2,016 years ago, Emiliani proposes that mankind needs a calendar that represents the entirety of human civilization, starting at the moment we rose up and began to shape the world around us like no other species on Earth has done before, which is the establishment of Göbeklitepe. The Holocene Calendar, which defines the Human Era, introduces the idea of putting 10,000 years to our calendar, putting us in the year 12,016 and making the confusion caused by counting down for B.C. but up for A.D. things of the past.

Although it sounds crazy in the beginning, it might be a good start for us to acknowledge our forefathers and all the achievements they had as well as adopting a more universal calendar that is accepted by people around the globe. For further information on the subject, you can check out the animated video on the YouTube channel "In A Nutshell."
RELATED TOPICS