New research claims Titanic sank due to enormous fire on board, not iceberg 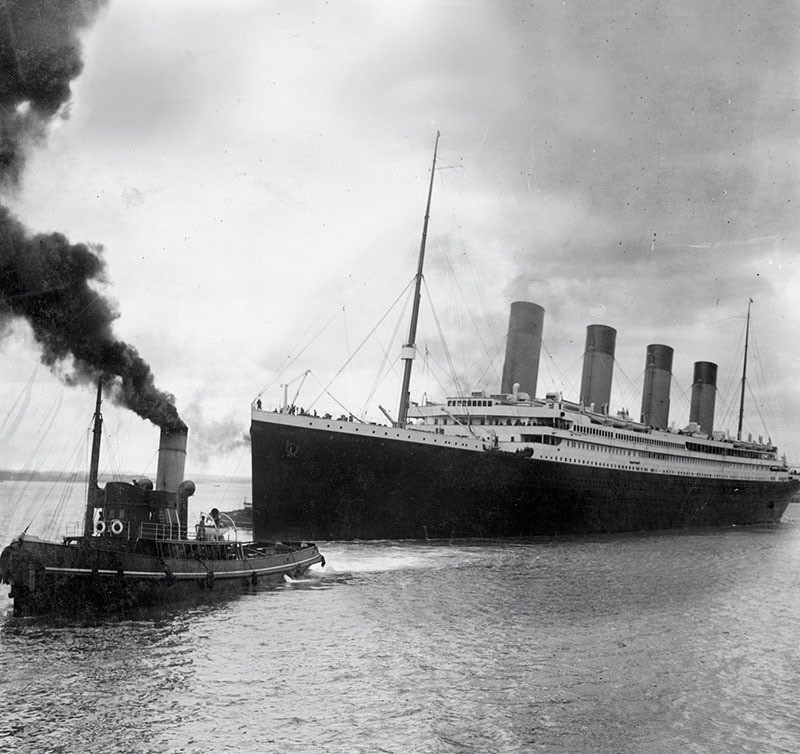 A new documentary called Titanic: The New Evidence, which presents journalist Senan Malony's research, was broadcast on New Year's Day, claiming that a fire was the root cause of the Titanic disaster, rather than an iceberg.

Journalist Senan Molony's research on the sinking of the Titanic started more than 30 years ago, during which he studied images taken by the ship's chief electrical engineers before it left Southampton on route to New York.

These rarely seen images suggested that an enormous fire on board may have actually been the cause of Titanic's sinking, unlike hitting an iceberg in the North Atlantic.

Experts previously considered the theory of a fire on board as a possible cause for the accident besides hitting an iceberg, but new analysis of photographs led them to believe that the fire was the primary cause of the sinking.

With the new evidence, experts claim that a fire burned unnoticed for about three weeks in the ship's hull, causing the collision with an iceberg in April 1912.

Senan Molony even identified 30-foot-long marks along the front right-hand side of Titanic's hull, just behind where the ship's lining was pierced by the iceberg, the Independent reported on Sunday.

He indicated that the Titanic had a weakness or damage to the hall even before leaving Belfast, which other experts confirmed to be marks caused by a fire that started in a fuel store behind one of the ship's boiler rooms.

The theory suggests that a fire broke out that was too large to be controlled, and when the Titanic struck the ice, the steel hull was so weak that the ship's lining was torn open.

Officers on board are believed to have not mentioned the fire to any of the ship's 2,500 passengers upon instructions of J Bruce Ismay, who was the president of the company that built the Titanic.

According to Molony, the cause of the accident was a "perfect storm of extraordinary factors coming together: fire, ice and criminal negligence."

The RMS Titanic was a British passenger liner that sank on its route to New York from Southampton in the North Atlantic Ocean in April 1912, leading to the death of 1,500 passengers.

A 1912 inquiry into the accident, which was presented to the British Parliament, described the ship to be travelling at a high speed giving the crew little opportunity to avoid the fatal collision with an iceberg.