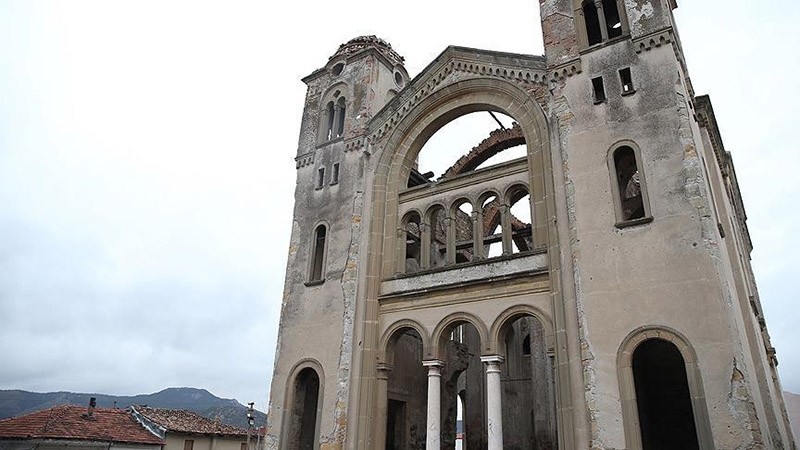 Plans are underway to restore the over 140-year-old Aya Yorgi church (also referred to as Hagios Georgios), located in Osmaneli district of Turkey's midwestern Bilecik province, and use it as a museum to add to the district's historical value.

The restoration project, approved by the Council of Monuments, aims to complete the work within two years starting in 2017.

Osmaneli Mayor Münür Şahin stated that the town, which dates back to 8000 BC, had hosted many civilizations throughout its history and had many historical buildings, including the Aya Yorgi Church.

The current area the church is located on was used as a temple in the ancient age. With the emergence of Christianity, the temple was then transformed into a church. However, the first church did not survive for long as multiple fires and disasters hit Osmaneli.

The current Aya Yorgi Church was built by a Hungarian engineer between 1876 and 1878, after a fire destroyed the previous building.

Today the neoclassical basilica with its three naves and domed shape is still standing, but only remains in ruins.

Mayor Münür Şahin also stated that the restoration project was worth around 2-3 million Turkish lira. After the Turkish Ministry of Culture and Tourism approved it, the Fener Greek Partriarch visited Osmaneli to discuss the future of the Aya Yorgi Church.

Both sides agreed not to open it for worship after the restoration, but instead to use it as a museum and cultural center.

Meanwhile, movable cultural properties around Osmaneli district will be brought to the town and preserved to be later displayed in the Aya Yorgi Church museum.

The town of Osmaneli was first occupied and turkified by the Seljukians, who were on route to conquering the town of Iznik. Osmaneli, then known by its former name "Lefke", and Iznik then joined the Seljukians and founded the Anatolian Seljuk State in 1075. During the crusades no one tried to enter Osmaneli as Turkish warriors were living there, leading the town to be uninterruptedly occupied by Turks.