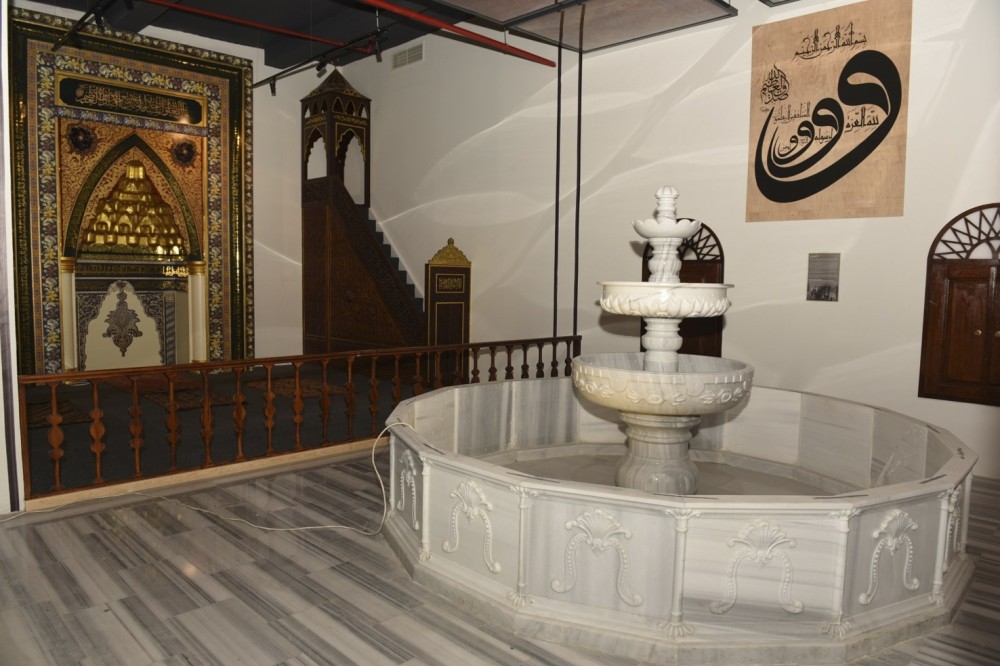 by Anadolu Agency Jan 13, 2017 12:00 am
Established over a 800-square-meter area in Bursa, one of the capital cities of the Ottoman Empire, Waqf Culture Museum will be open to visitors soon.

The museum, which has been built by the Bursa Metropolitan Municipality within Merinos Atatürk and Congress Center, will display information about the waqf system starting from the Ottomans era. The museum will provide information on the activities of all the waqfs that have ever operated in Bursa and showcase miniature replicas of some of the renowned buildings and artifacts built by waqfs such as the Grand Mosque, Yeşil Mosque, Irgandı Bridge, the historic fountain located in front of Emirsultan Mosque and the hot springs of Bursa.

Throughout the history of the Ottoman Empire, all public services, including infrastructure, education and health were provided by waqfs. "Waqf" in Arabic means "foundation." Waqfs are properties allocated for the benefit of the people. Public officers' wages were even paid through this practice. Schools, hospitals, bridges, fountains, dams, inns and many other service buildings were built with the support of waqfs. Estates, including shops, houses and fields, were also allocated by waqfs to cover their costs and to ensure their survival.

Speaking to the press, Bursa Metropolitan Municipality Mayor Recep Altepe, who said the tradition of the waqf in Anatolia was born in Bursa, informed them that the historical items belonging to waqfs will be exhibited for the audience. Stating that the waqf culture was introduced during the time of Prophet Muhammad, Mayor Altepe said: "This is a very beautiful culture that was introduced by our prophet to Muslims. Much later on, our forefathers, the Ottomans, took this tradition and kept it alive. Osman Gazi, the founder of the Ottoman Empire, established the very first Ottoman waqf in Bursa. Following in his footsteps, all the sultans and their wives founded various waqfs all around the country."