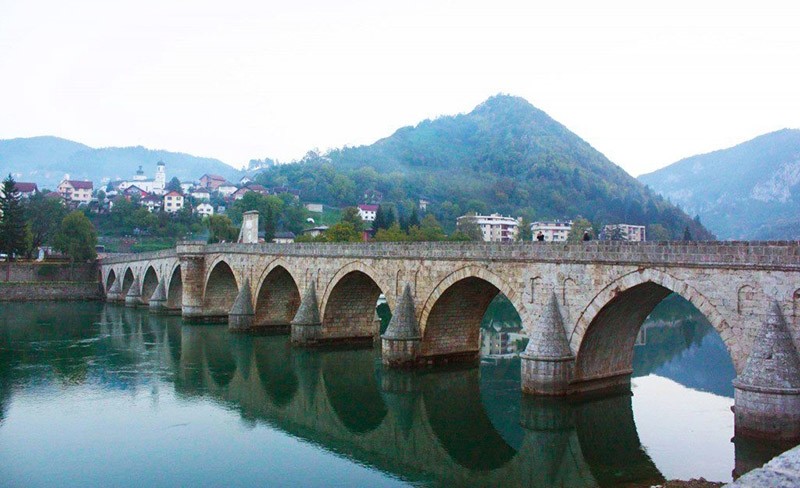 Turkey restored a total of 47 historical buildings including mosques, Mevlevi lodges, dervish lodges, shrines, fountains and baths from the Ottoman era, which are all located in the Balkans, between the years 2008 and 2016.

The Turkish Cooperation and Coordination Agency (TIKA), which operates in 54 different countries in Eastern Europe, Africa, Asia, Latin America and Middle East, carried out various restoration projects for the historical buildings in the Balkans, which was part of the Ottoman Empire for 550 years.

Thanks to these projects, Ottoman era mementos are now preserved for future generations.

Among the restored buildings, there is also the Ali Rıza Efendi House, which belonged to the father of the Turkish Republic's founder Mustafa Kemal Atatürk.

The house in Macedonia was restored in accordance with the original building, while also arranging the museum complex with two independent houses named "Family House" and "House of Memoirs", which have become one of the tourist hotspots in the country.

The Mevlevi lodge in Sarajevo, which was an important center in the Ottoman era, is another historical building which has been restored by TIKA.

The lodge is located in the center of the cultural communications network linking the regions of Anatolia and the Balkans such as Damascus, Konya, Creta, Plovidiv, Thessaloniki, Skopje and Budapest.

Known as Sarajevo's last Mevlevi lodge and built in 1462, the structure was destroyed during the Yugoslav era due to the adopted culture policy. Currently, the restored building serves as a "Balkans Mevlana Research Center."

The Mehmed Pasha Sokolovic Bridge, which was included in the UNESCO world heritage list, is another structure restored by TIKA. The restoration of the Ottoman era bridge, which is also referred to as Drina Bridge, was completed last year.

The bridge was built by the renowned Ottoman architect Mimar Sinan upon Mehmed Pasha Sokolovic's order between the years of 1571 and 1577. The bridge also gained fame thanks to a novel called "Drina Bridge" by the Nobel laureate Ivo Andrić.

TIKA restoration works continue for a total of 14 projects, while 34 others are in preparatory status.