Unique Tatar tomb room to be exhibited in Turkey’s Afyonkarahisar 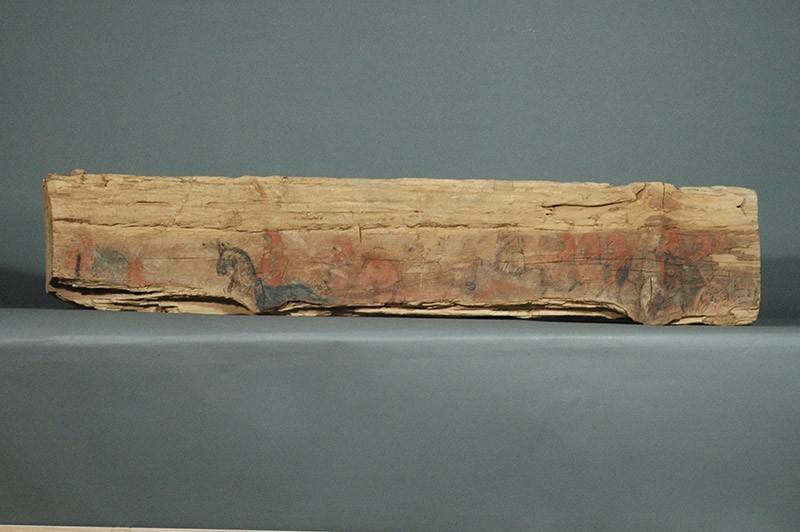 It has been 48 years since the "Tatar Tümülüsü" was illegally excavated and pieces of the Tatar tomb were smuggled abroad. Today the 2,500 year-old wooden tomb has been returned to Turkey and portions of it are now slated to be exhibited in Afyonkarahisar.

According to representatives from Afyonkarahisar, a district in the Anatolian province of Afyon, the painted wooden pieces of the tomb were taken from the burial chamber in 1969 following the illegal excavation of the whole site.

German professor Latife Summerer informed the Turkish Ministry of Culture and Tourism that portions of the painted wooden tomb, which dates back to 525 BC, were being housed in the Munich Archeology Museum in Germany.

As a result of the Ministry's initiatives, 38 small wooden pieces and four larger planks housed in the German museum were returned to Turkey in 2010.

The colorful friezes found on the Tatar tomb are some of the most valuable works of cultural heritage in Turkey. They offer a unique example of antique wood painting that has been mostly lost today.

The friezes depict scenes of war, travel, hunting, and also include sections illustrating the life of nobility during this period. Other motifs include sacrifice, dance rituals, and funerals, and reflect traditional themes of ancient Anatolian-Persian culture.

Emphasizing that the painted friezes of the grave room would attract a lot of attention, Mevlüt Üyümez, Afyonkarahisar Museum Director, said "The inside of the 2,500 year old wooden tomb room was entirely painted, and the paints were only preserved in some places. Nevertheless, the frieze of the tomb room is a worldwide sensation."

"Paintings on wooden pieces that come from such ancient times are scarce on a day to day basis. This is a uniquely unique work of art," Üyümez added.

The painted pieces of the Tatar tomb will be exhibited in a special section of the new Afyonkarahisar museum.