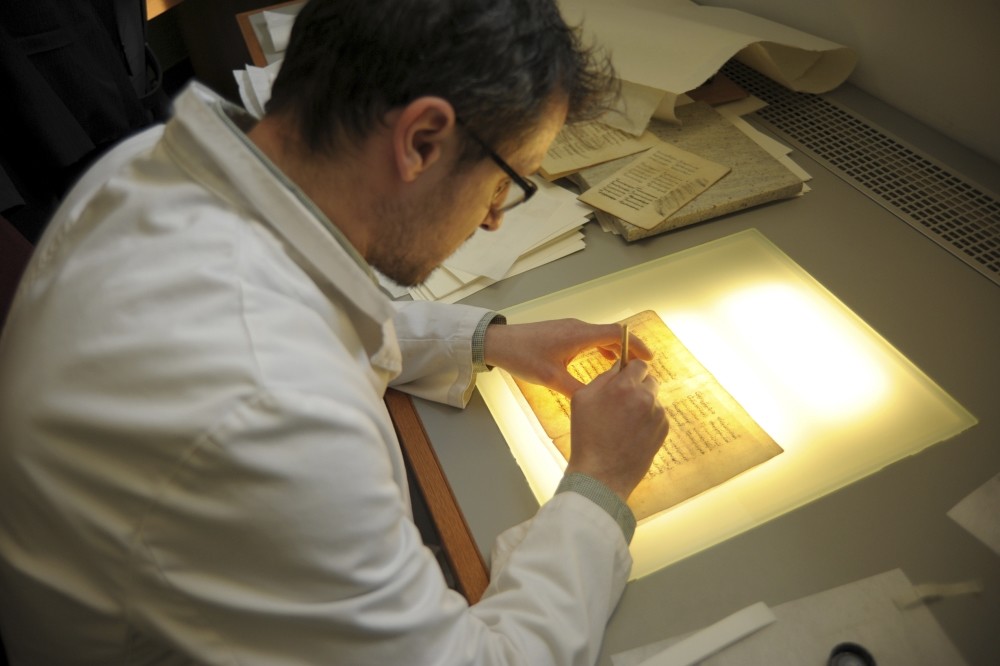 Almost ruined manuscripts and historical documents belonging to the Ottoman era will be restored and transferred to digital platforms with a new protocol between the Yunus Emre Institute and the Gazi Husrev-beg Library, the oldest library in the Balkans.

The signing ceremony between the Yunus Emre Institute, which initiates various projects to promote Turkish language and culture around the world, and the Gazi Husrev-beg Library in Sarajevo, was overseen by Turkey's Library Manager Osman Lavic, other related officials residing in Bosnia and Herzegovina and members of the press.

Ambassador Haldun Koç delivered a speech to the guests prior to the signing ceremony, saying that Turkey and Bosnia and Herzegovina share com+mon values and heritage. He said that the protocol bears great importance in passing this common heritage down to future generations and is an important step to keep the heritage alive. 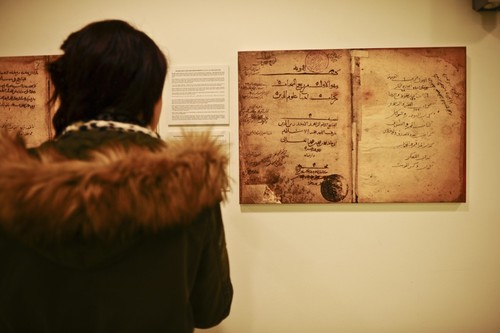 The Yunus Emre Institute's Sarajevo director Mehmet Âkif Yaman said in his speech that they have been carrying out the "Reconstruction of Cultural Heritage in the Balkans" project since 2012 with the support of the Central Bank of the Republic of Turkey and the Ministry of Development.

"As part of the project, we will offer manuscript restoration training to experts who will carry out the restoration of Gazi Husrev-beg Library's manuscripts," Yaman said.

The training program for the restoration is planned to last for three months. In 2016, manuscript restoration workshops were established by the Yunus Emre Institute in the Bosnia and Herzegovina archive, Sarajevo History archive, Herzegovina-Neretva archive and the Kosovo Islam Union.

In addition to the workshop participants, one trainee each from the Bosnia and Herzegovina Oriental Institute and the Kosovo National Library will participate in the training program.

Kicking off right after the signing ceremony, the training on manuscript restoration is taking place under the coordination of professor Cazim Hadzimejlic. With the "Reconstruction of Cultural Heritage in the Balkans" project, the Yunus Emre Institute has so far transferred 10,000 manuscripts and 5,000 printed books discovered in Bosnia and Herzegovina, Croatia, Macedonia and Kosovo to digital platforms.
RELATED TOPICS