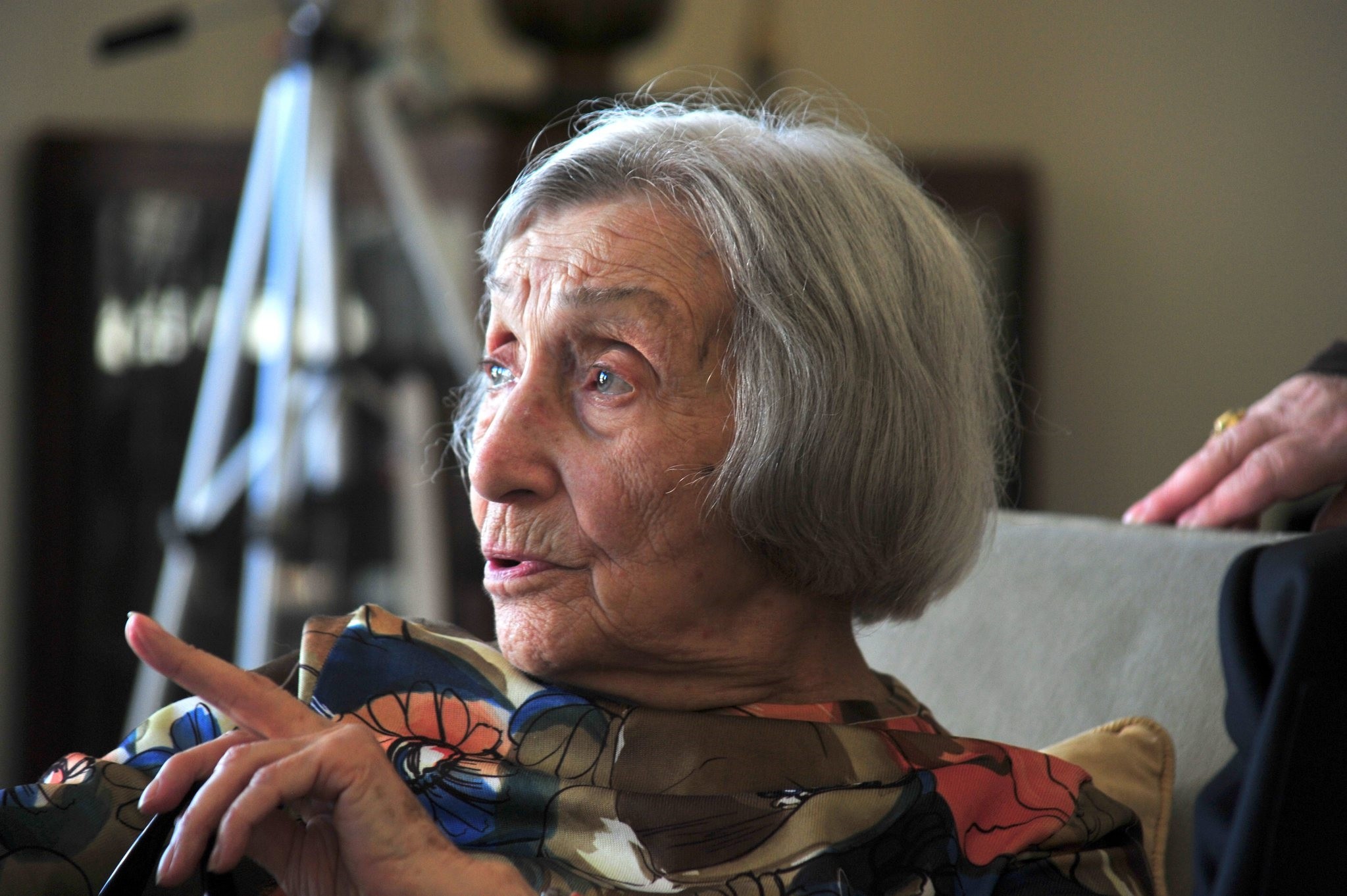 by Compiled from Wire Services Mar 06, 2017 12:00 am
The life of Bilun Alpan, the last surviving member of the Ottoman dynasty who was exiled in 1924, has become the subject of TRT's new documentary "Bilun: Sürgünün Son Tanığı" (Bilun: The Last Witness of Exile).

The documentary, which will be broadcasted on March 19, is directed by Kerime Şenyücel. "Bilun: The Last Witness of Exile" follows the life of Bilun Alpan who was only 6 years old when the Turkish government issued a law forcing the members of the Ottoman dynasty to be exiled through the recounts of Ottomans who lived in Beirut at the time.

Bilun Alpan, 99, is the granddaughter of Sultan Abdülmecid I and still lives in Beirut today. Through the documentary, viewers will get chance to learn more about the atmosphere upon the exile of the Ottoman dynasty and life in exile through Alpan and other members of the dynasty.

Speaking to the press, director Şenyücel said the idea for the documentary surfaced upon the curiosity about the lives of the Ottoman dynasty in exile.

"We contacted more than 100 family members who were scattered all over the world. We traveled to the Middle East and Europe and began filming Ms. Alpan in Beirut," she said.

The director described Alpan as angry and tense.

"She did not want to be interviewed at first. She is still resentful, however, she loves her homeland. She still speaks in Turkish. According to her accounts, countries such as Britain and France offered them money to speak ill about Turkey but they refused them all," she added.

Bilun Alpan's brother Yavuz Alpan, who is also featured in the documentary, said the film reveals stories about the Ottoman dynasty that have not yet been public before.

"Everybody should know about history and these kinds of documentaries serve the purpose. We should not dwell on the past and look for the future. However, history cannot be forgotten and cannot be changed," Alpan said.

Ottoman Sultan Abdülhamid II's grandson Orhan Osmanoğlu also contributed to the documentary as an adviser and defined the film as "a milestone in history."

"The film shows the resentments and happiness of Bilun Sultan. When the word Turkey is heard in a conversation, a smile appears on the faces of all family members of the Ottomans. But when they remember the fact that they are exiled from their homeland, everybody's face turns black, especially in old age. Although we had hard time as the Ottoman dynasty back then, the current government restored our position. I have been living in Turkey since 1974. We went through so much. It was impossible for an Ottoman family member to go on live TV or become a consultant to a documentary. However, Turkey is now standing behind the Ottoman heritage. There has been so much change in the past decade," Osmanoğlu said.

"When I moved to Turkey, my house in Beirut was looted in the civil war. I was exiled once from Turkey and once from Palestine. I do not want to leave my house. I am too old to go through another exile," Alpan said.
RELATED TOPICS