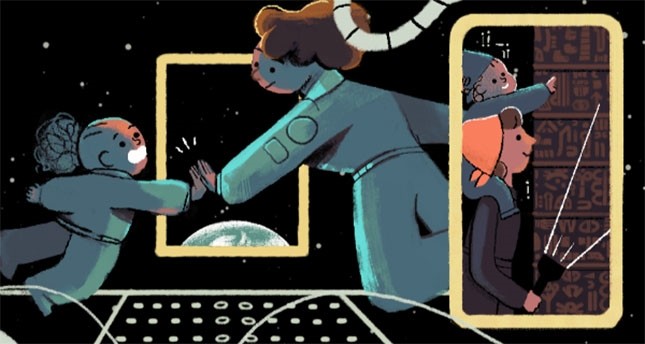 Prominent Turkish archaeologist, Halet Çambel, was among the 13 women featured in a special Google doodle in honor of International Women's Day.

Çambel was included in the doodle along with 12 other "female pioneers," who were masters in their chosen professions. Not all of the women are household names, but they all made the list for being leaders in their fields.

The list also features women who were forerunners in the fields of science, architecture, math, choreography, medicine, law, and journalism.

Halet Çambel was born in Berlin in 1916 and completed her secondary education at the Arnavutköy American High School for Girls (present day Robert College), where she became interested in the history of art.

In 1936, Çambel became the first Muslim woman to participate in the Olympic games, competing in fencing. The games were held in Berlin, and she declined an invitation to meet Adolph Hitler for political reasons.

Çambel went on to study archaeology at the Sorbonne University in Paris. She served as a scientific assistant at Istanbul University in 1940 and received her doctorate in 1944.

This is the second time that Çambel has been featured in a Google doodle. The search engine also paid tribute to Çambel, who died in 2014 at the age of 97, on her birthday on August 27, 2015.