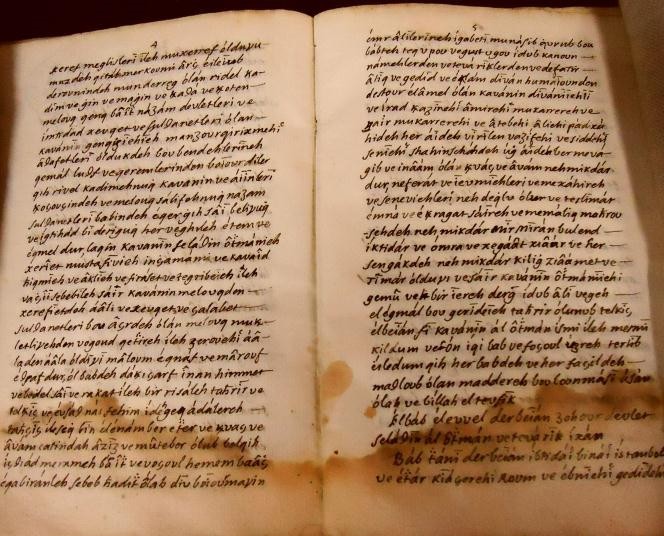 The Yunus Emre Institute and the French National Library have collaborated for a comprehensive project for the preservation and digitization of Ottoman manuscripts, most of which dates back to the 17th century

The conference titled, "Turkish Manuscripts in the French National Library," was held in a collaboration between Yunus Emre Institute and the National Library of France. Sara Yontan, the officer in charge of printed works and manuscripts at the library, noted that it is now hosting a variety of Turkish works. These include the letter written by Sultan Süleyman the Magnificent to François I, 30,000 Turkish books and 2,000 manuscripts dating back to the 17th century.

Yontan and a colleague from the National Library, Laurent Hericher, president of Oriental Manuscripts, visited Turkey in preparation for the conference, which was organized to establish cooperation between Yunus Emre Institute and the National Library of France to allow the institutions to develop various projects together.

Speaking in the conference held at the library, Yontan noted that along with Sultan Süleyman the Magnificent's letter, there are also Turkish collections including the work of Antoine Galland, who transferred 17th-century Turkish into the Latin alphabet, and an Arabic-Turkish dictionary written in Istanbul in Hebrew letters, along with various works on history, Islam, biographies, stories and poems. She also noted that as of 2015, the number of handwritten manuscripts and regular publications has exceeded 13 million. In addition, the library also hosts the archive of masonry in Turkey, the French masonry lodge and masonry certificates.

Highlighting the works that have been digitized at the National Library of France, Yontan noted that some of them are preserved in the digital medium and copies of others are submitted to the library. A total of 244 Turkish manuscripts have been digitized and there are more than 30,000 Turkish books and 2,000 Turkish manuscripts dating back to the 17th century. The French manuscripts section also includes Turkish works. "There are precious works including the letter of Suleiman the Magnificent to François I, which we transferred from the French manuscript section, and Said Efendi's agreement that he delivered to the king's librarian, Bignon," said Yontan. 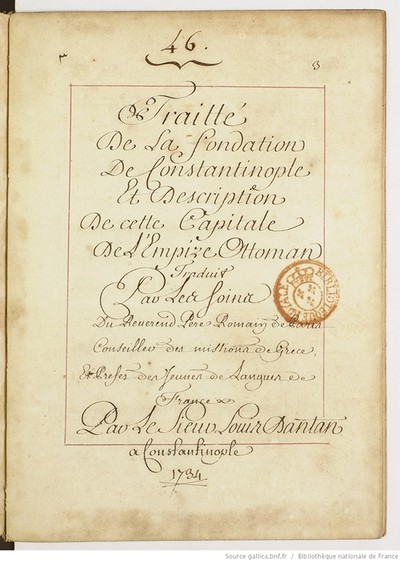 Yontan revealed that 150 manuscripts forming the core of their Turkish collection ended up at the National Library of France when two private libraries were purchased in the 17th century. Then, the kingdom sent official ambassadors from France to Turkey, and they purchased books from the Near East. The core of the printed collection consists of 17 books printed at Müteferrika Printing House. Yontan added that there are also books brought back by officials who were assigned to the Ottoman Empire as envoys or on other duties. Even if their main aim was not to purchase Turkish books, being located there they became interested in Turkish. While some of these buyers did not even know Turkish, they still selected and purchased books by men of note, including the bibliographical work of Katip Çelebi, "Keşfi'z-Zünun."

Yontan also explained that there many interesting and remarkable works in their collection, such as the diaries of Antoine Galland, who resided in Turkey for many years in the 17th century. Galland is famous in France for translating "One Thousand and One Nights" to French. He also transcribed a book from the Ottoman State Organization written by Hezarfen Hüseyin in 1686. Galland developed a personal system, writing in Latin from the Turkish written in the Arabic alphabet, completing 315 pages. He was very much respected by the European intelligentsia at the time for a history book he had written.

Yontan also mentioned the books of Turkish scientist Hezarfen Hüseyin Efendi, saying, "At the time, thanks to a history book he wrote, Hezarfen Hüseyin was very much respected by the European circles and ambassadors to the Ottoman Empire. The French envoy presented him with gifts, so Hezarfen Hüseyin gave his last book to the envoy, who didn't speak Turkish, but was surrounded by those who could."
RELATED TOPICS