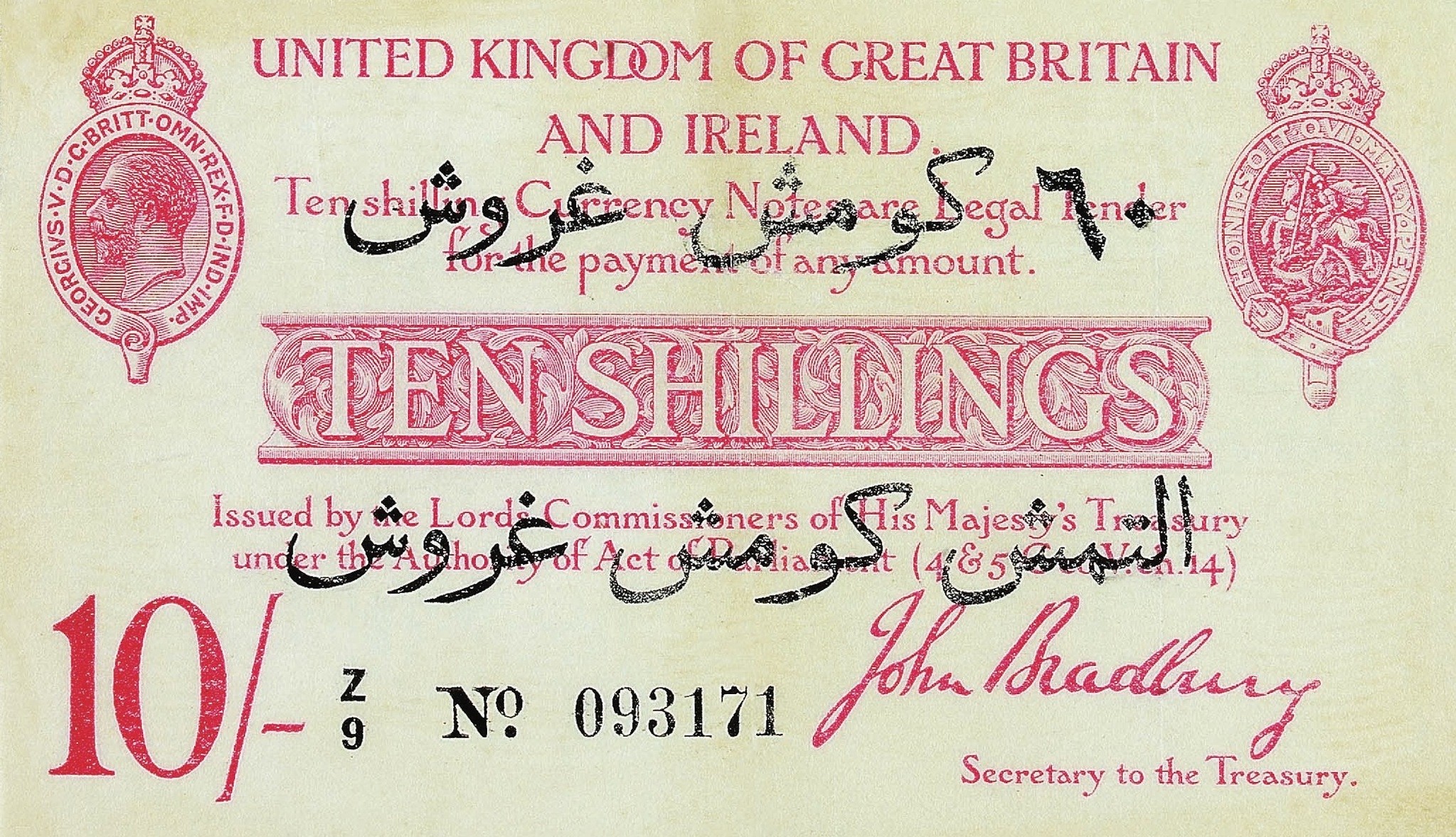 by daily sabah
Mar 20, 2017 12:00 am
Some of the most valuable pieces from famous numismatist Mehmet S. Tezçakın's collection are sunken British pounds from the Dardanelles Strait.

Tezçakın, who owns the most valuable money collection in Turkey, has a section that includes occupation banknotes from British forces that sank in the Dardanelles strait.

According to information given by Tezçakın, who is also the third generation owner of the well-known Sultanahmet Köftecisi restaurant, the British issued special money to be used in Ottoman territory, as they were sure that they would win a victory during the Battle of Çanakkale.

These banknotes, which were printed by the British Treasury using the Ottoman language, were supposed to be used to pay wages to soldiers and officers. Soldiers were supposed to use special printed money with Ottoman script for daily exchanges in the soon-to-be occupied land, especially in Istanbul.

The majority of this money, which was put into circulation and distributed to soldiers, sank in the Dardanelles Strait's cold waters with the defeated ships and the rest were collected from the soldiers.

"These banknotes were actually treasury bonds issued in 1914 with a value of one pound and 10 schillings by the British Treasury, which were payable in gold. On the one pound banknote, one can see a 'hundred and twenty silver kuruş' printed in Ottoman letters, and on 10 schilling banknotes, one can see '60 silver kuruş' surcharge in Ottoman," Tezçakın said about the banknotes.

"These banknotes, which are an important document with regards to the recent history of our country, are very rare in collections. The disappointing defeat affected the British deeply since it was a large-scale operation. The British withdrew these banknotes from circulation in a short period and destroyed the rest, which reminded them of the Battle of Çanakkale. There are scarcely any official records about these banknotes. Banknotes hold great importance for collectors all around the world," he said.

The famous numismatist also stated that he would open an exhibition at the central Sultanahmet Köftecisi soon. The exhibition will display banknotes with interesting stories from Turkish financial history alongside British occupation banknotes.

There are unique and priceless pieces in Tezçakın's collection that he gathered in over 30 years of effort. The most valuable item is a handwritten Ottoman banknote, which was put into circulation in 1840 and also holds the title of being the first paper money in the empire. American researcher Kenneth McKenzie found the first example of these banknotes 47 years ago, which were prepared with Sultan Abdulmecit's seal and which were in circulation for a short period of time. This handwritten banknote made its way to Tezçakın's collection after it was sold by an auction house Spink in England following McKenzie's death.

His collection also includes the first fake paper Ottoman money, the only banknote in global history that had four languages on it (Ottoman, French, Greek and Armenian). Additionally, the collection contains foreign banknotes that were converted into Ottoman currency with a seal by Caucasian local authorities when they could not procure money from their own central government.