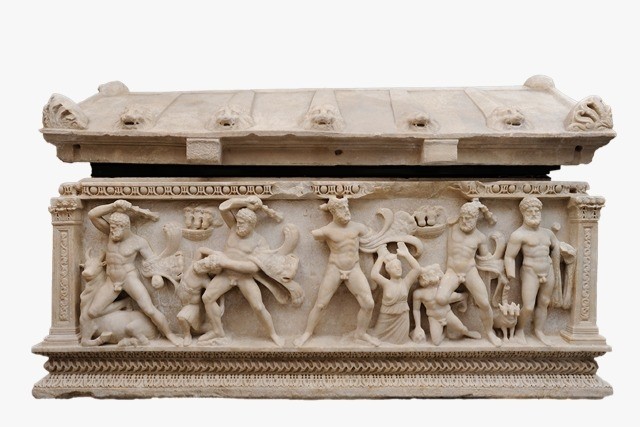 An ancient sarcophagus smuggled out of Turkey in the 1960s could soon be on its way home after a decision from Swiss prosecutors on Friday.

Speaking at a press conference in the capital Ankara, Turkish Tourism Minister Nabi Avcı said final legal objections to the ancient artefact's repatriation had been overcome.

The sarcophagus, which depicts the Twelve Labors of Hercules and was smuggled out of southern Turkey's ancient Anatolian city of Perge in the 1960s, is expected to be back in the country shortly.

The item had been confiscated by Swiss authorities in 2010.

However, Geneva prosecutors decided on Friday the sarcophagus should be returned.

Speaking at a news conference, Avcı said a comprehensive joint study had been carried out by legal experts in Switzerland and Turkey over the issue.

Avcı said many Turkish historical artifacts had been smuggled abroad since Ottoman times and were exhibited in some major museums despite being stolen.

He said he hoped this case would set an example for other countries' museums, which were in receipt of stolen artifacts from Turkey.