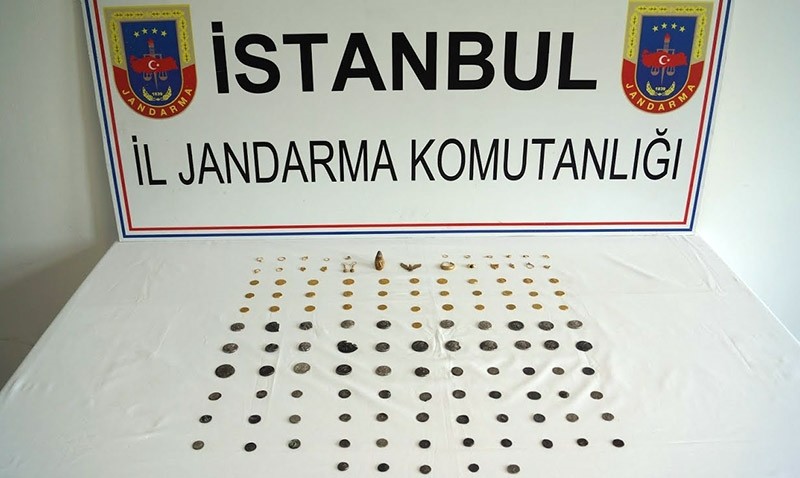 Three people, including a foreign national were arrested for allegedly selling 121 historical artifacts from the Roman, Byzantium and Hellenistic periods in Istanbul, reports said Monday.

According to reports, the suspects unlawfully excavated 121 ancient artifacts in Istanbul's Zekeriyaköy district and tried to sell them.

Gendermarie teams conducting routine traffic controls in Zekeriyaköy district reportedly stopped the vehicle and detained suspects identified with the initials M.D. and M.Ö., as well as a Syrian national.

The suspects were transferred to court after procedures were completed in the gendarmerie and were arrested.

Turkey is home to countless numbers of ancient sites from ancient civilizations and has made efforts to recover artifacts stolen or legally transported to other countries.