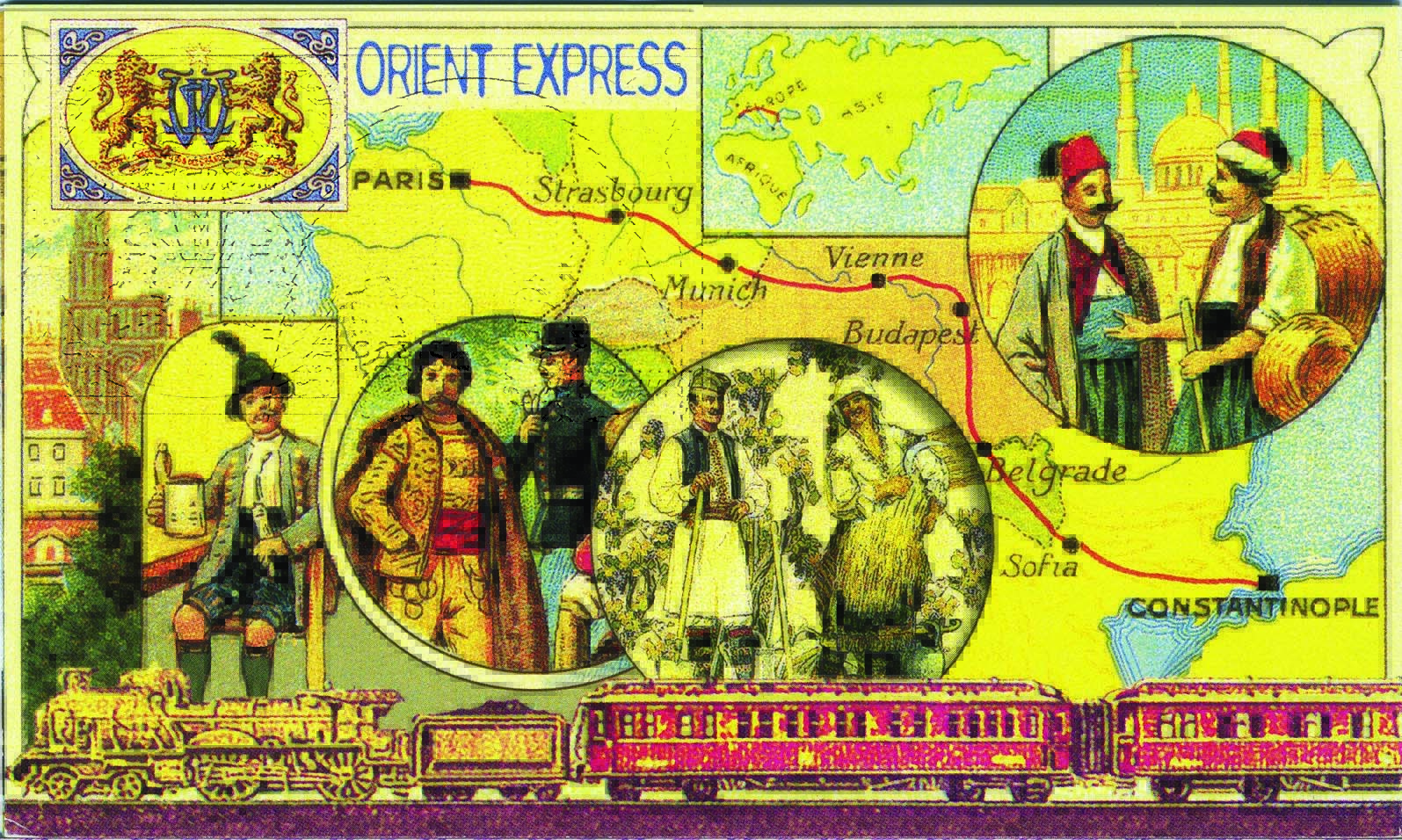 Sirkeci Train Station and some European destinations are depicted for travellers of the time.
by daily sabah Mar 27, 2017 12:00 am

"Istanbul's 100 Stamps" bears the traces of various districts, squares and monumental buildings of Istanbul in the form of stamps. The postal stamps included in the book also feature the continuity and changes in the history of Istanbul in a wide range of structures from the Anatolian Fortress to the Beyazıt Square, the Hagia Sophia Museum to the Column of Constantine, from the Sultanahmet Square to the Galata Bridge and Ali Sami Yen to the İnönü stadiums. 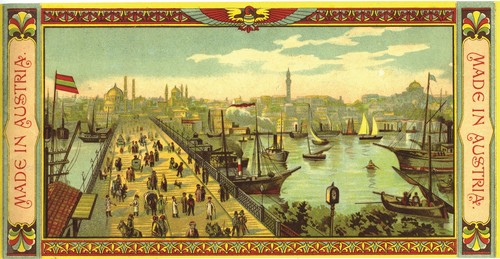 The Galata Bridge is depicted through painting print.

The book, which offers readers with an interest in history the opportunity to look at Istanbul from a different perspective, filling in a huge gap for visual culture historians, postal historians, stamp collectors, designers and other researchers. Published as the 83rd installment of the "Istanbul's 100s " series, the book not only focuses on the images of the stamps but also touches on the history of each unique Istanbul scene featured on the stamps.

The first Turkish postage stamps were printed in 1862 in Darbhâne-i Amire (the Grand Mint) with the stone printing (lithography) technique and the stamps printed on different thicknesses of paper were hand-painted and glued. Besides, in order to reduce the emergence of fraudulent stamps, a red or blue check mark, on which "Nazareth-i Mâliye-i Aliyye" (Ministry of Finance) was written with old writing, was featured on the postage stamps by the Ministry of Finance.

The stamps which have been used in mail deliveries since January 1, 1863, feature scenes from Istanbul beginning in 1914. The series of postage stamps, which were printed at the beginning of 1914 and showed beautifully carved (some in two colors) Istanbul scenes and other images, were designed by Oskan Efendi and printed by Bradbury, Wilkinson & Co. in the U.K. More than 100 stamps representing the natural and cultural beauties of Istanbul have been printed for 103 years.

The prices on the Istanbul-themed postage stamps in the book also provide information about the mailing fees of the periods in which they were printed. The figures on the stamps printed in various periods ranging from the last era of the Ottoman Empire to the high inflationary years of the Turkish Republic are quite interesting. In the book, information about circulation, types of prints and places where they were printed can also be found under the printing dates of the stamps. 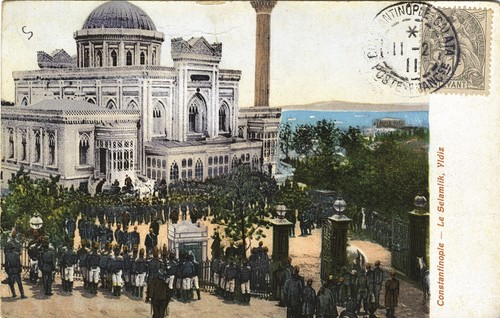 "Selamlık" yard of the Yıldız Palace.

Written by Şerif Antepli, one of the first names that come to mind with regards to collecting culture in Turkey, "Istanbul's 100 Stamps" offers an opportunity to observe the cultural habits, aesthetic tastes and priorities in setting preferences during the periods when Istanbul-themed postage stamps were printed.

Şerif Antepli, who had co-written "100 Collections of Istanbul," one of the previous installments of the series, along with Ömer Serkan Bakır in 2011, explains the purpose of preparing this book, saying: "I always wanted to continue my passion for stamps by preparing a book of stamps of this beautiful city since my childhood. I finally found a chance to fulfill my wish with this book titled, 'Istanbul's 100 Stamps.'"Antepli, who rigorously examined each stamp while preparing the book, found stamps printed at different times about the same places in Istanbul and had difficulty selecting the stamps to be included in the book. He said: "Even though I had difficulty selecting the stamps, I tried to use what I could not give up in the related sections. I tried to enrich the parts visually with gravures, old postcards and photos of today," Antepli said.

Şerif Antepli was born in Izmir in 1948. His greatest hobbies as a child were playing football, collecting stamps and cutting out the packaging paper in newspaper size and making his own newspapers. Şerif Antepli's signature can be found on all of his school newspapers from secondary school and high school. Finally, he entered the İzmir School of Journalism and transformed his hobbies into a profession. After working for a while in İzmir-based Ege Ekspres for free, he was transferred to Yeni Asır newspaper -- published in İzmir - as a paid employee, thus embarking on his professional career in publishing in 1970. 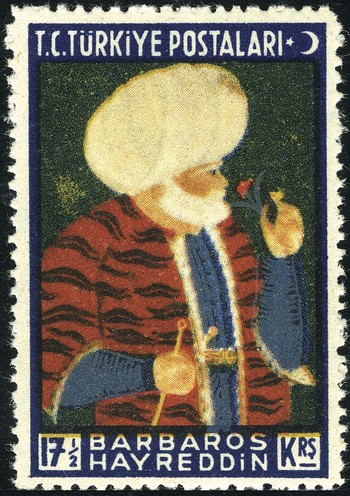 He published Turkey's first longest periodical photo journal as a turning point in his publishing career. Photography Magazine reached its 100th issue and became a pioneer in the subsequent photo journals. Realizing that there was not a publication unique to collectors in Turkey, Antepli published "Collection," the first collector's magazine in Turkey, and then established Collection Club as another contribution to this cultural phenomenon in Turkey.

Antepli preserved the curiosity of postal stamps that began during his childhood throughout his life, with his collection of stamps which grew over the years making Antepli one of the most important "philatelists" in Turkey. Antepli has also been involved in photography symposiums and many personal philatelic exhibitions so far.

Presented to the reader through images of Istanbul-themed postage stamps, the book contains a wealth of information about postal history and the visual culture of the Ottoman and Republican periods of Turkish history.
RELATED TOPICS