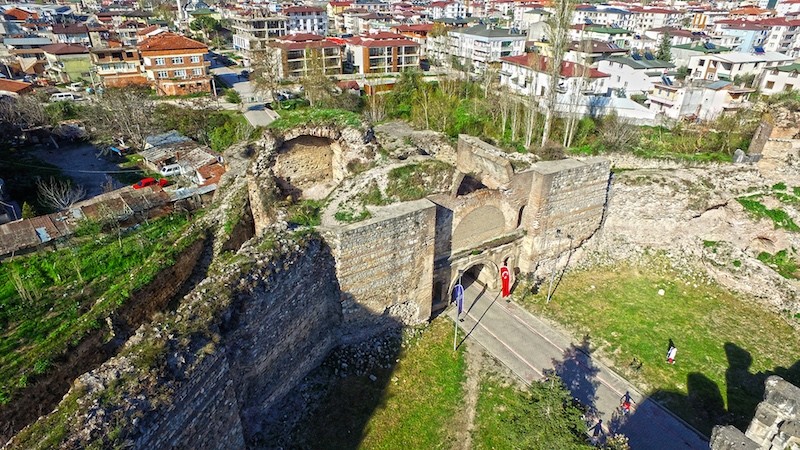 The Istanbul Gate, a 4,790-meter long wall located in western Turkey's Iznik will undergo a massive restoration project to protect the integrity of the structure, according to a statement from the Bursa Metropolitan Municipality.

Approximately 4.5 million Turkish liras have been allocated to restore the Istanbul Gate in the project to be carried out by the Bursa Metropolitan Municipality.

The wall has survived centuries of sieges, natural disasters, and interference to become one of the defining characteristics of the region. The restoration project will transfer the traces of previous civilizations to future generations.

Bursa Mayor Recep Altepe spoke at a ceremony ahead of the restoration work and explained that the wall held traces from the Roman, Seljuk and Ottoman civilizations.

"We are working on restoring all the historical works from the Green Mosque, to the 800 year old ceramics, to the Roman theater," Altepe said.

"We are starting our work on the Istanbul Gate. We will spend about 4.5 million liras and after our first stage of work, all of the gates, walls, and towers will have a unique identity," he added.

The wall is the second longest in Turkey and contains 114 towers, spaced about 10-15 meters apart.