Archeologists discover remains of a new pyramid in Egypt 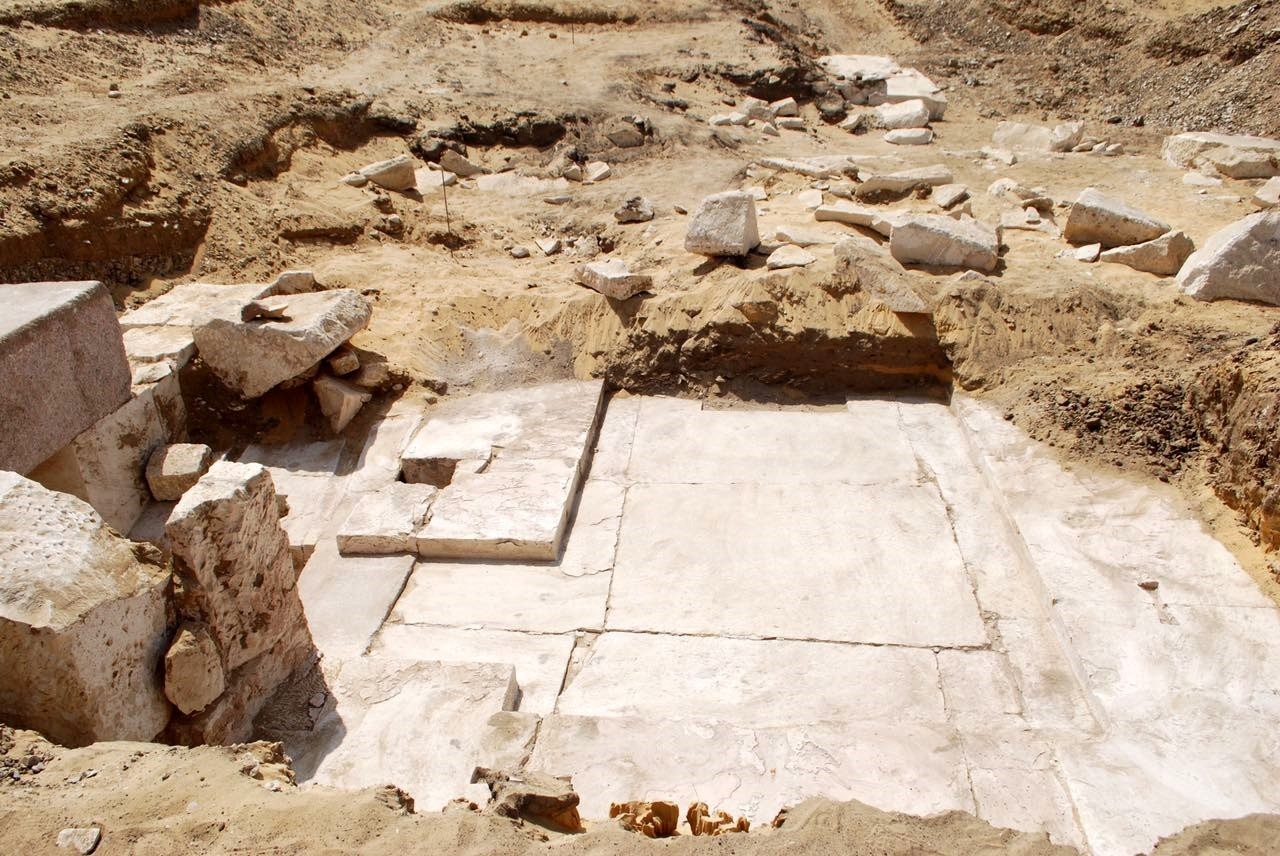 An undated handout photo made available on 03 April 2017 by the Egyptian Ministry of Antiquities showing a general view for the remains of a 13th dynasty pyramid, north of King Senefru's bent pyramids in Dahshur necropolis, Egypt. (EPA Photo)
by Apr 03, 2017 12:00 am

The remains of an Egyptian pyramid built around 3,700 years ago has been discovered near the well-known "bent pyramid" of King Snefru, the country's antiquities ministry announced on Monday.

The pyramid from the 13th dynasty was found in Dahshur's royal necropolis, some 30 kilometers (20 miles) south of Cairo, it said.

"An alabaster... block engraved with 10 vertical hieroglyphic lines" was among the finds, the ministry said, citing Adel Okasha, director general at the necropolis.

It said granite lintel and stone blocks were discovered that would show more "about the internal structure of the pyramid."

Excavation is still in its early stages and the size of the pyramid has not yet been established.

Blocks of stone and the beginning of a corridor which were discovered can be seen in photos provided by the ministry.

The corridor "leads to the interior of the pyramid, extended by a ramp and the entrance to a room," the ministry said.

"All the discovered parts of the pyramid are in very good condition and further excavation is to take place to reveal more parts," it said.

Hawass, who took part in the last discovery of a new pyramid in Egypt in 2008 at Saqqara, just south of Cairo, said the remnants in Dahshur appeared to indicate that the monument belonged to "a queen buried near her husband or her son."

"The hope now is to find any inscription which can reveal the identity of the owner of this pyramid. To find the name of a previously unknown queen would be an addition to history," the archaeologist said.

Egypt's ancient treasures include the world-famous Pyramids of Giza, constructed around 4,500 years ago.

The Khufu pyramid, or Great Pyramid, is the largest of the three in Giza, standing at 146 meters (480 feet tall), and the only surviving structure of the seven wonders of the ancient world.

Khufu and Khafre in Giza along with the Bent and Red pyramids in Dahshur are part of Operation ScanPyramids, with teams scanning the structures in search of hidden rooms and cavities.

The project to unearth still hidden secrets of the pyramids applies a mix of infrared thermography, radiographic imaging and 3D simulation, all of which the researchers say are non-invasive and non-destructive.

In October last year, the team announced that two additional cavities had been found in the Great Pyramid after another scan a year earlier found several thermal anomalies.

At a conference in 2015 dedicated to King Tutankhamun and his world-famous golden funerary mask, Egyptian authorities said new technology was needed to determine whether his tomb contains hidden chambers which a British archaeologist believes could contain Queen Nefertiti's remains.