Historical 'Leaning Minaret' to be restored in central Turkey 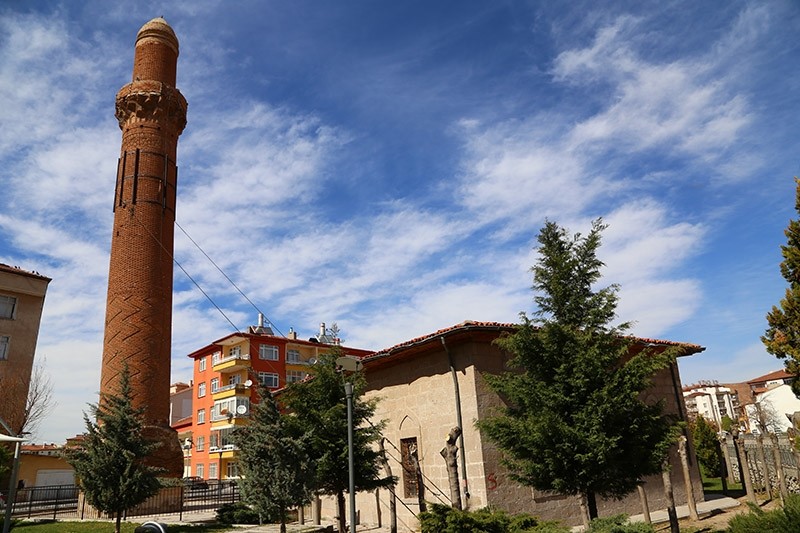 Eğri Minare, a historical minaret located in central Turkey's Aksaray, will be restored by the General Directorate for Foundations. The building dating back to the Seljuk epoch has a tilt of 3.11 degrees and therefore has been compared to world-famous Tower of Pisa.

According to a statement made by Konya's Regional Director of Foundations İbrahim Genç to Anadolu Agency, Eğri Minare, the "leaning minaret," is one of the most important monuments of the Seljuk era in Anatolia. The monument is visited by both foreign and local tourists.

According to Genç, restoration work is to begin this month and the moment has been monitored for a certain amount of time in order to determine whether there has been any movement. Over the course of a few years no shifts or movements were detected.

As the monument was constructed from brick, some chipping has occurred in the gallery and cone part of the minaret due to weather conditions. The mosque situated next to the minaret was added during later times, Genç explained. The Directorate of Foundations will also restore the mosque and re-design its immediate environment. The cost of the restoration will amount to 1 million Turkish liras ($270,000).