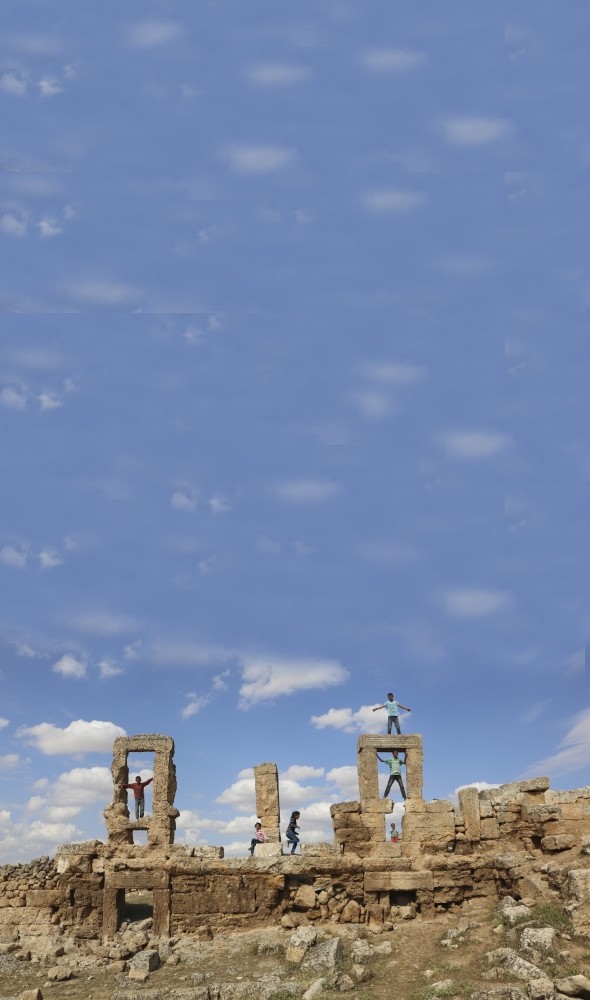 Located in the province of Şanlıurfa, the ancient city of Shu'ayb is a must-see destination for those interested in Roman and religious history as the ancient city is believed to be where the prophet Shu'ayb lived

Believed to be the place where the Prophet Shu'ayb lived and met with Moses, "Shu'ayb Ancient City" is waiting for visitors with its Ephesus-like views in the province of Şanlıurfa, which is known as "the city of the prophets."

Hosting a large number of local and foreign tourists and with the remnants of the first Islamic university in the world, as well as Ulu Mosque from the time of Umayyads and conical domed houses, the ancient city is believed to have been constructed in Roman times, within the limits of the Harran district.

A cave in the city is visited by people who believe it to be the spot associated with the prophet. With several stone tombs and ashlar stone structures attracting attention, the ancient city is located on a large area with partly-visible traces of the city walls. Several caves, tunnels and historical structures seen in the ancient city grant visitors an historical tour.

The children in the district guide the tourists, telling them about the history of the ancient city and the story of the Prophet Shu'ayb, in their unique style of speech.

"The Ephesus of the South East" also attracts photography enthusiasts thanks to the historical remains it has. The little guides in the district also pose for photographs for free. Local people think that the ancient city, with a bit more promotion, could become the tourism powerhouse of the region. 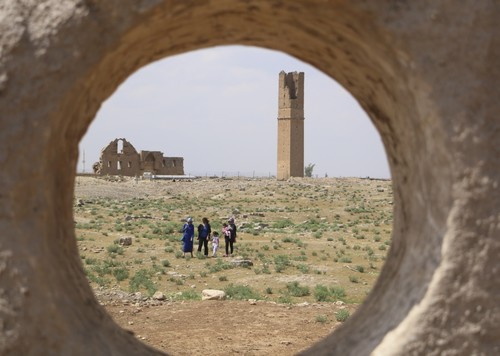 A visitor, Ali Kaya, stated that people from neighboring villages often come to visit the post of the Prophet Shu'ayb, and added that the historical building deserves more attention. Stating that everyone should see the spiritual energy there, Kaya said: "Şanlıurfa is known as the city of the prophets, there are traces of a prophet everywhere and here is the post of the Prophet Shu'ayb, where we come to visit. You think of Moses and the Prophet Shu'ayb when you come here. I visit whenever I can, and I feel at peace here. We have the opportunity to see historical remains during the visit, but unfortunately they are much neglected. We demand the authorities take care of the ancient city, because this is a holy place."

Abdurrezzak Seyitoğlu, a visitor from the Ceylanpınar district of Şanlıurfa, stated that if the necessary work has been done, the ancient city will attract visitors to sites like Balıklıgöl.

"We demand some care and repair for the ancient city. Fortunately there is a road for visitors, but here is a holy place and it must be better kept and cleaned. Facilities like toilets and guesthouses must be offered to visitors," he declared.

Zeynep Karadeniz, one of the child guides who tells the story of the ancient city for pocket money, stated that the city attracts a large number of tourists, especially in the spring. Adding that foreign tourists are fascinated more by the area, the little guide said the visitors take a lot of photos and videos.

Temel Ayca, the governor of the Harran district, said Harran is an important center not only in terms of cultural tourism, but also for faith tourism. Stressing that in addition to the district, the countryside also has important historical spots, Ayca added: "Bazda Caves, Han el-Barur Caravanserai, Shu'ayb City and Soğmatar Ancient City are historically rich places. Although these places are not known so much for now, tourists visiting Harran must see them. We have important projects for these historical areas. The Tourism Path Project will ensure the historical areas on the route can be accessed easily. The project is about to be concluded. So tourists coming from Mardin can visit Soğmatar, Shu'ayb City, Han el-Barur Caravanserai and Bazda Caves and reach Harran. This is an expensive project, but it will make a great contribution to Harran Tourism."

Believing that the importance of Shu'ayb City will increase with the excavation works to be done, Ayca added, "Shu'ayb City is believed to be the place where the Prophet Shu'ayb lived, but we don't have any concrete information as there no excavation work has been conducted. I hope that we will learn more about the city thanks to the excavations to be done in the coming years. It can be said that the ancient city looks like Rome with its historical remains. It is a large area with caves. There may come to light a new underground city. The ancient city is splendid visually, people take fantastic photos between sunrise and sunset. It is a spot of interest for photographers. At the international photography competition held last year, there were fantastic photos taken here. I hope that the importance given to this ancient city will increase with the excavation works."
Last Update: May 16, 2017 1:27 am
RELATED TOPICS