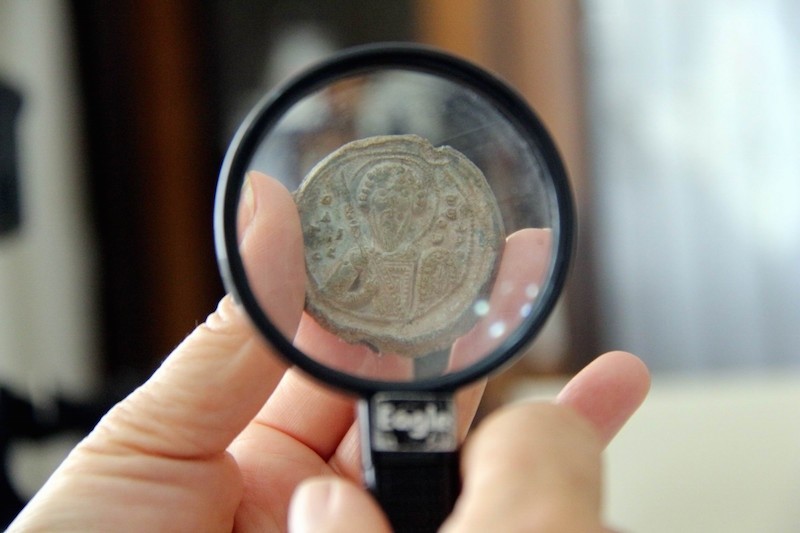 A retired teacher's collection of 277 Roman and Byzantine-era seals is set to be the subject of a new book by a Turkish art historian.

Adnan Aci, a 55-year-old teacher from Turkey's Black Sea city of Samsun, began his collection 20 years ago with the intention of preserving Anatolia's ancient heritage for future generations. Roman and Byzantine emperors, generals, bureaucrats, and various other professionals used the seals to mark their official documents.

Art historian Dr. Vera Bulgurlu has already written two books about historic seals, which is how she became aware of Aci's collection. She began writing the book when she first examined Aci's artifacts.

"I've been collecting Anatolia's portable cultural treasures for the past 20 years," Aci explained, adding, "My interest in archaeology comes from my interest in history. My first seal came from a villager who brought it to me while I was working in Vezirköprü [a district of Samsun]. That awakened my curiosity."

Determined to keep Anatolia's rich history inside Turkey, Aci said, "Later I got in touch with the Directorate of Museums for documentation. I believe that the historic artifacts that come out of our land, Anatolia, have to stay in our country. I decided to start this collection to stop them going abroad." 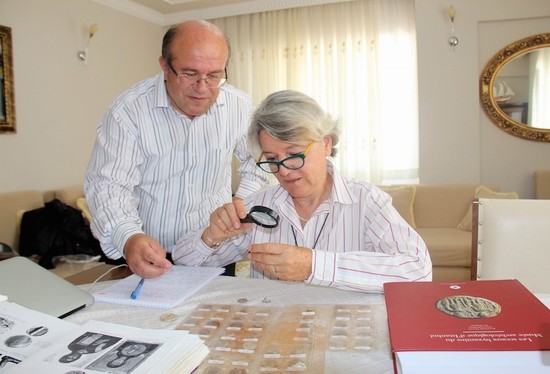 Dr. Bulgurlu was attracted to the seals because of the relative lack of written documents from the Byzantine era.

"Adnan found my first book through the internet and tried to improve his knowledge of seals that way. Then I came to Samsun and we looked at the seals together. He has very valuable seals now," Bulgurlu said.

"There are very few written sources from the Byzantine era, because there were many fires and wars that cause them to be lost. These seals might provide us with information, such as a commander's name, the name of a geographic area, or the name of a monastery," she added.

The seals range in origin from the 5th century AD up to the Ottoman conquest of Istanbul in 1453. Bulgurlu's book will be the first to exclusively explore seals discovered in Turkey, offering a source for other historians to analyze the state, religion, and military structure of Roman and Byzantine Anatolia.

The book is planned for publication in 2018 and will be accompanied by an exhibition of the historic seals.