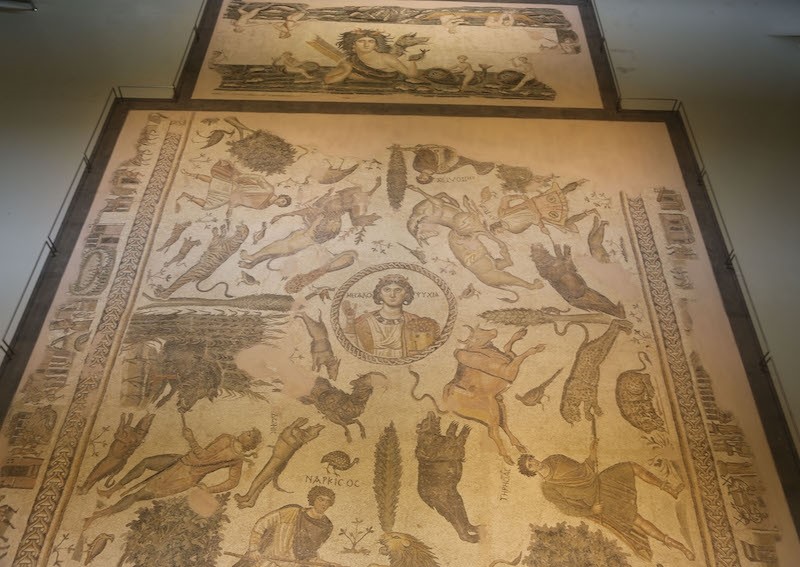 The Hatay Archaeology Museum in southern Turkey is slated to host the world's largest collection of mosaics following the planned inauguration of a new section of the facility.

The museum, situated in Hatay province's Antakya, currently displays archaeological treasures that have emerged from excavations in the region. The mosaics and other artifacts on display date back to the Paleolithic period through the Neolithic-Chalcolithic period to the Bronze and Iron Ages.

Artifacts from the Archaic-Hellenistic period to the Roman and Byzantine periods are also on display at the museum.

In addition to its famous mosaics, the museum also showcases stone reliefs, statues, coins, columns, steles, inscriptions, and sarcophagi from across the millennia.

The museum was completed in 1939 through an effort to keep the mosaics together in one location, and it opened to visitors in 1948.

Museum Director Nilüfer Sezgin told Anadolu Agency that in the past, the museum was unable to display many of its artifacts due to lack of exhibition space.

"The work to open a second space is going ahead at full speed. When the second stage is finished this will be the largest museum in the world for the display of mosaics. With around 2,500 square meters of mosaics, we will have that title," Sezgin said.