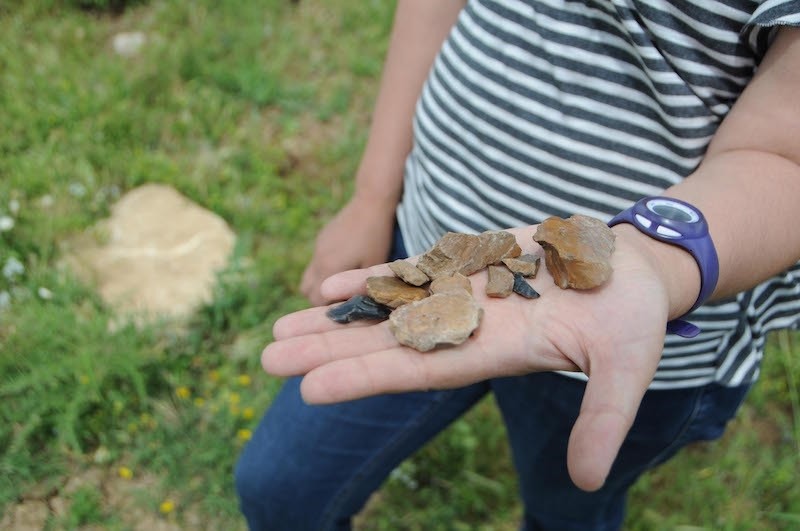 Turkish archaeologists have unearthed stone artifacts in eastern Tunceli province that date back to the earliest era of humankind.

The artifacts from the Paleolithic period were found in Tozkoparan village, in the Pertek district of eastern Turkey's Tunceli.

The Paleolithic period, also known as the Old Stone Age, was when humans first began to make basic stone tools.

Archaeologists from Düzce University, Hitit University and the Istanbul Directorate of Archaeology Museums have been involved in the excavations in Tunceli for two years.

The site at Tozkoparan is a mound or barrow, similar to the famous prehistoric remains at Göbeklitepe and Çatalhöyük.

The archaeologists began working in Tunceli province with an excavation at Mazgirt in 2015, followed by the site at Pertek in 2017.

In addition to Paleolithic artifacts, the archaeologists also found items from the Neolithic age, which was the period when humans first abandoned the hunter-gatherer lifestyle to build fixed agricultural settlements.

Düzce University archaeologist Dr. Yasemin Yılmaz noted that finding Neolithic objects in this location was an important discovery, "We knew of these populations that turned to settled life from places further south, in Şanlıurfa, Diyarbakır and Gaziantep. But we didn't know that they came so far north. This discovery has shown us that there were Neolithic communities in Tunceli as well."

While some of the stone tools found at the site were made from local stone, others used a kind of obsidian from Bingöl 150 kilometers away, suggesting that the toolmakers either traveled to Bingöl or traded with people there.