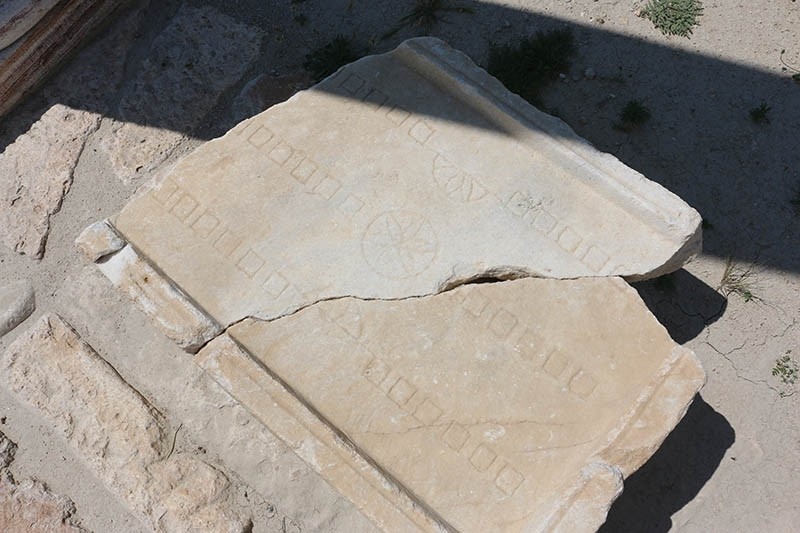 Archaeologists in Turkey's southwestern Denizli province have discovered remnants belonging to a 2,000-year-old board game from the Roman period, reports said Tuesday.

According to reports, the game named Ludus duodecim scriptorum, or XII scripta, which was similar to modern-day backgammon, was found at the ancient city of Tripolis, located in Denizli's Buldan district.

Professor Bahadır Duman from Pamukkale University's Archaeology Department told the Anadolu Agency that the game was very popular amongst tradesmen and artisans in the Roman period.

The game was reportedly played by three cubic dice and tokens on top of a marble tablet.

Duman also noted that excavation works in the ancient city are being carried out by a team consisting of 50 members.

The ancient city of Tripolis was located near the borders of Phrygia, Caria and Lydia, on the northern bank of the upper course of the Maeander.