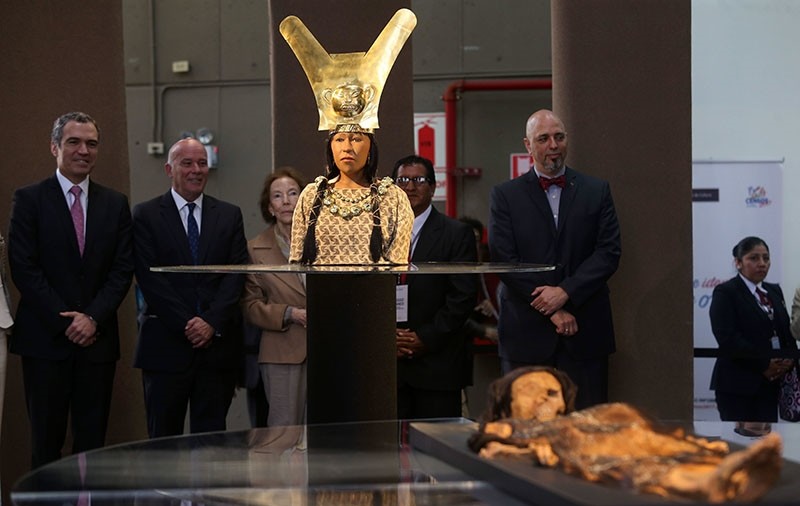 Introducing the Lady of Cao: using high-tech 3-D printing and based on the skull of an ancient mummy, scientists have reconstructed the face of a woman who governed in northern Peru 1,700 years ago.

The woman's mummified remains were discovered at the Cao Viejo adobe pyramid in 2006 in the Chicama Valley, just north of the modern city of Trujillo.

"Technology allows us to see the face of a political, religious and cultural leader of the past," Culture Minister Salvador del Solar said when he unveiled a lifelike bust of the woman Tuesday in Lima.

The woman, dubbed the Lady of Cao, belonged to the Moche culture that thrived in the northern coastal region between 100 and 800 AD.

She had been buried with metal items and wooden scepters wrapped in copper that symbolized the power she wielded when she was alive.

Archaeologists say she is the first known female governor in Peru. Before this, experts did not believe that women had any governing or religious authority in pre-Hispanic Peru.

Scientists worked for 10 months to replicate the woman's face by analyzing her skull structure and comparing it with pictures of female residents of Magdalena de Cao, the town nearest to the pyramid.

Tattoos are still visible on the woman's mummy, which was also on display at the event.