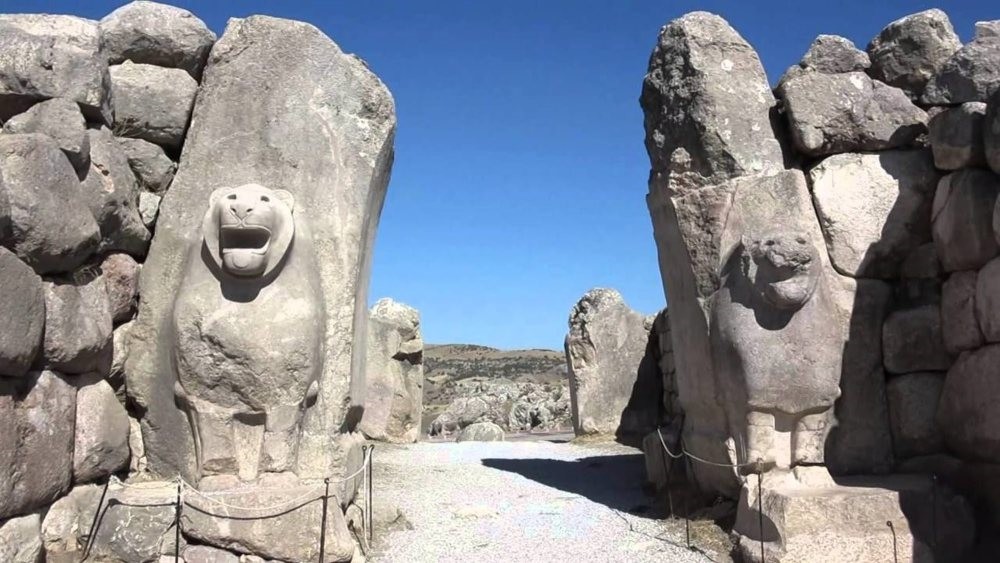 The Lionu2019s Gate (above) lies in the southwest of antient the Hittite capital Hattusa. The city has five remaining gates including the Lionu2019s Gate: one in the west, the Kingu2019s Gate, a procession gate and the Sphinx Gate.
by Daily Sabah with AA Jul 06, 2017 12:00 am

The ruins of the glorious Hittite Empire lie in the modern day province of Çorum, inviting history and archaeology enthusiasts to central Anatolia to discover this ancient civilization

The fruitfulness of Anatolian lands has always attracted numerous civilizations. Throughout history, civilizations have come and gone, but only a few have left their mark on the history of humankind.

The Hittite Empire in the late Bronze Age was one of the civilizations that played an important role in the development of urban life. Hattusa, the capital of the empire, lies near modern Boğazkale, Turkey, within a great loop of the Kızılırmak River and has lot to offer to history and archaeology enthusiasts. 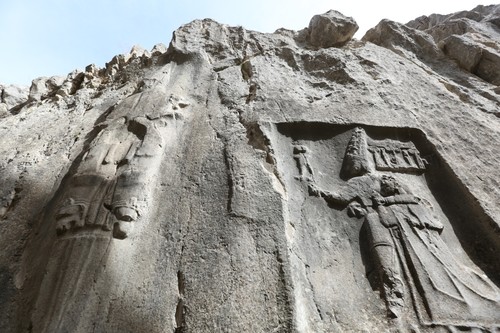 Hattusa, which was the first national excavation site in Turkey, is ready to open a new page in its history. The city is home to the Alacahöyük excavation site as well as the remains of ancient houses, museums containing thousands of ancient artifacts and religious sites. It aims to attract half a million tourists annually thanks to infrastructure and promotion projects carried out by the Culture and Tourism Ministry and the Governorate of Çorum.

The Hittite heritage in Central Anatolia

With its historic background along with natural and cultural beauties, Çorum is a major tourist attraction in Central Anatolia, thanks to its Hittite heritage.

Located in the modern Boğazkale district, the Hittite capital Hattusa is an official "Historic National Park," recognized by the Culture and Tourism Ministry. With 6 kilometers (3.7 miles) of city walls, monumental doors, 71 meters of underground passages, a Hittite palace, a total of 31 temples that have been excavated so far, wheat silos and an open-air theater, the city of Hattusa is a place you should visit.

Combined archaeological research, long-term restoration and the preservation efforts of the German Archaeology Institute in close cooperation with the Turkish authorities, have uncovered a large variety of Hittite buildings such as temples, palaces and dwellings, but also technical and communal installations such as large buried granaries and artificial water ponds. These discoveries reveal much about one of the most fascinating ancient cities of the near and Middle East. Although interventions have been carried out for conservation purposes, attributes have largely retained their authenticity in terms of form, design and layout, allowing visitors to experience a Bronze Age metropolis and understand the relations between the buildings. All these features of the Hittite capital resulted in the historic site gaining recognition by UNESCO on its World Heritage List in 1986. Moreover, the cuneiform scripts that were discovered on the site were registered on UNESCO's "Memory of the World List" in 2001. 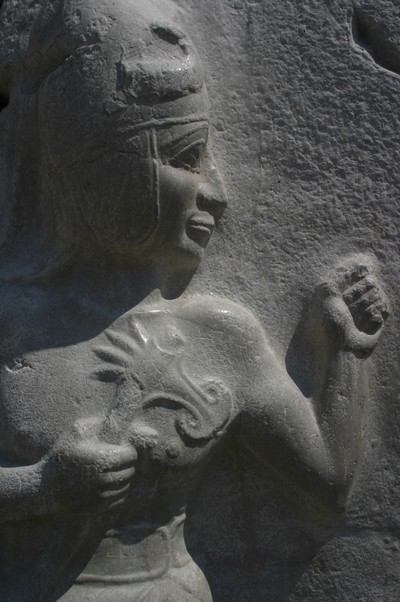 Recognized as the city where the world's first known written treaty (the Eternal Treaty) was signed between the Hittites and the Egyptians, Hattusa is notable for its urban organization, types of construction that have been preserved (temples, royal residences, fortifications), rich ornamentation of the Lions' Gate and the Royal Gate and the ensemble of rock art at Yazılıkaya.

The famous rock sanctuary of Yazılıkaya, which is an open-air temple with two natural chambers cut into the bedrock, lies 2 kilometers northeast of the capital. The walls of the rock chambers are covered with the richest and most striking samples of Hittite relief art, featuring gods and goddesses and the figures of the Great King Tuthaliya IV. Kayalı Boğaz, first mentioned in cuneiform inscriptions, is a large fortified settlement located 1.5 kilometers east of the King's Gate, which is one of the monumental gates situated around the city.

Among the 31 unearthed Hittite temples, the Great Temple, located in the Lower City, is the most well preserved temple to be discovered yet. Dating back to the 13th century B.C., although the architecture is similar to the other temples found in the Upper City, the Great Temple's size makes it stand out. Tourists are able to see the foundation and some of the artwork at the site of the Great Temple.

Hattusa also stands out with its city fortifications, which are still visible today. Apart from the 6-kilometer-long city walls, there are also the remains of the older city walls surrounding Hattusa. Moreover, the city has five remaining gates: Two in the west, the Lion's Gate to the southwest, the King's Gate in the southeast and a procession gate and the Sphinx Gate in the south of the city. The impressive ruins of fortifications, placed on rocky peaks in the center of the Upper City bear witness to the complexity of Hittite rock masonry, and the longest known Hittite hieroglyphic inscription from the Hittites.

Speaking to an Anadolu Agency correspondent (AA), Çorum Governor Necmeddin Kılıç pointed out that Anatolia is the cradle of civilization and Çorum has been inhabited since 3,000 B.C. "Çorum is the province that was the center of the Hittite Empire, the very first organized state of law in the history of humankind. The excavations in Alacahöyük, Hattusa and Şapinuva continue with the contributions of the Çorum Governorate. We estimate that we will host 500,000 tourists annually in Çorum. We are currently working on the last touches of the infrastructure in Hattusa to welcome tourists. We also continue to promote the Hittite capital in Turkey and around the world as well.

Governor Kılıç also said 2017 has been announced as the "Turkey-South Korea" year to celebrate the 60th anniversary of diplomatic relations between the two countries, and they are preparing to host Korean tourists in Çorum as part of the celebration of this special event.