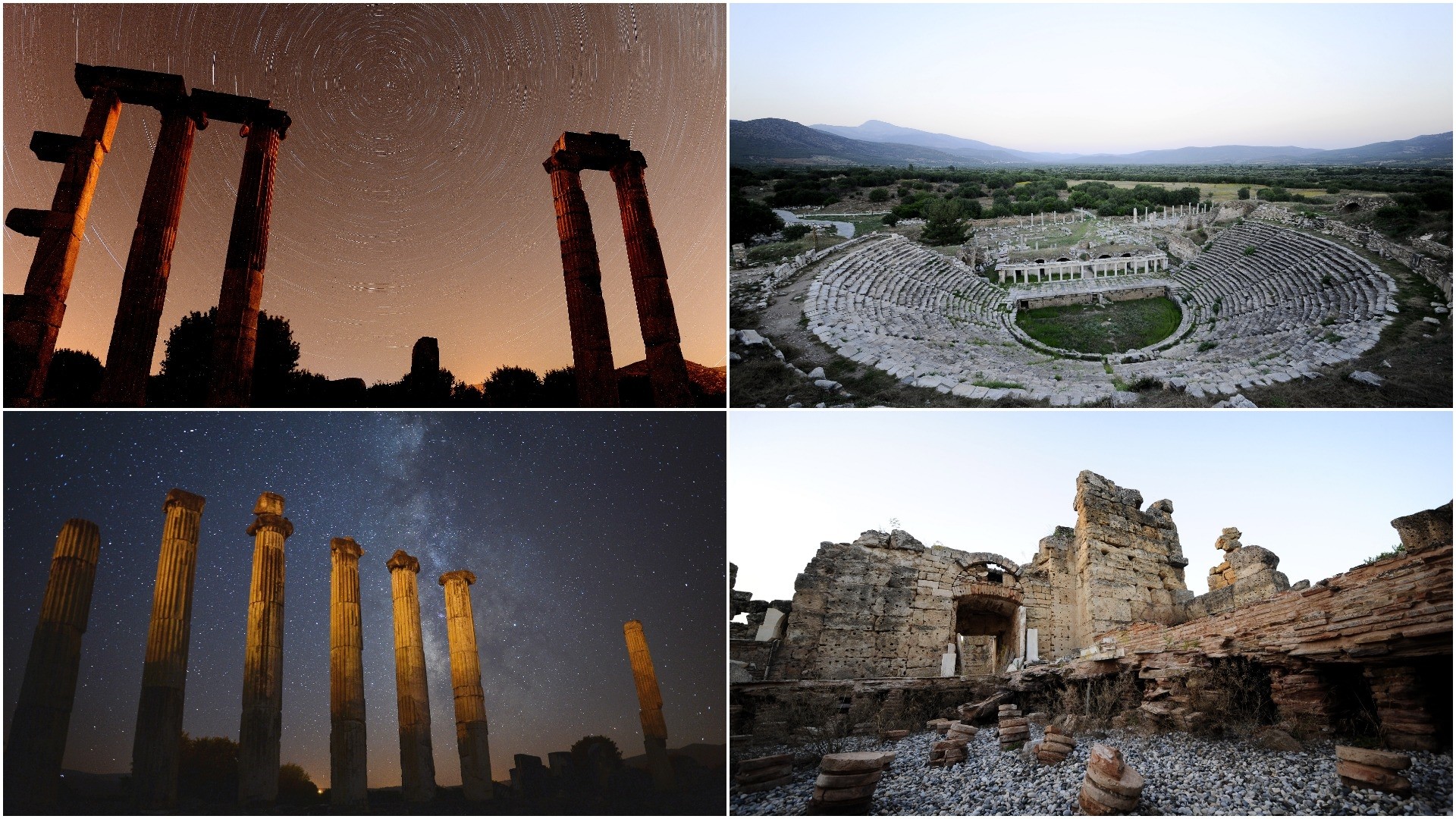 The Aphrodisias archaeology site in southwestern Turkey has been included in UNESCO's World Heritage List, according to a Turkish Foreign Ministry statement issued Sunday.

The decision was made during the a UNESCO World Heritage Committee session in Krakow, Poland, the statement said.

"Aphrodisias [...] is one of the most important archaeological sites of Turkey [...] with well-preserved sculptures, monuments, inscriptions, structures and marble quarries."

Aphrodisias is located within the borders of the southwestern Aydin province.

The number of inscribed properties of Turkey on the UNESCO World Heritage List has now reached 17.

Ancient caves in west Germany with art dating back to the Ice Age and disused silver ore mines in southern Poland were also among the sites that the United Nations cultural agency added to its list of heritage treasures.

According to the Committee, the caves contain the earliest artwork representing figures in the world and provide important knowledge of how art developed.

Among the archaeological finds in the caves was the 40,000-year-old human figurine Venus of Hohle Fels.

The old mines in Tarnowskie Gory are an underground tourist site, visited partly by boat, and are the only industrial site that was added to the list this year.

Among the other new sites on the list are the modernist architecture in Asmara, the capital city of Eritrea; the historic city of Yazd, in Iran; Japan's sacred and restricted-access island of Okinoshima, and Los Alerces National Park in Argentina.

Britain's Lake District, an area of wild beauty that beguiled poets and artists from William Wordsworth to Beatrix Potter, was also named as a World Heritage site by UNESCO on Sunday.

Heated controversies surrounded the addition to the World Heritage List of west China's Qinghai Hoh Xil mountain area, on the Tibetan Plateau, and of Hebron, which was described in the submission as a Palestinian site, drawing vehement protests from Israel.

Cultural experts and historians are meeting until July 12 in southern Poland to decide the status of more than 30 sites nominated to the World Heritage List.