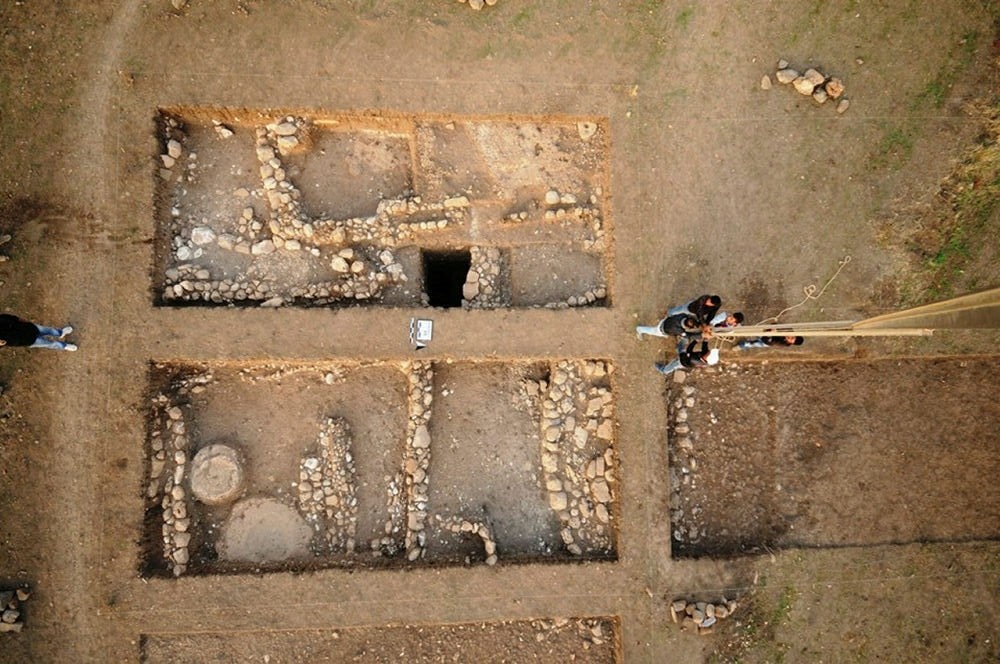 Excavations in the southeastern Turkey's Mardin province revealed information about how people living in the Pre-Pottery Neolithic period view the afterlife as well as their burial traditions.

The archeologists working at the Boncuklu Tarla (Zeviya Maherk) excavation site, discovered in 2008 during a field survey started after due to the Ilısı Dam project in Dargeçit District of Mardin, said they have found important data that sheds light on the culture, daily life and burial traditions of people that lived 10,000 years ago.

The excavations discovered settlements that were built on the rubble stones with hardened clay floors. Nihat Erdoğan, the head of Mardin Museum, said the findings date back to 10,000-7,000 BC and it reveals the first agricultural activities in the Anatolian region.

According to the discoveries, the dead were buried in graves under the floors of the houses with a fetus position, suggesting that there was a belief in rebirth. The dead were also buried with ornaments made of beads and ground stone tools. 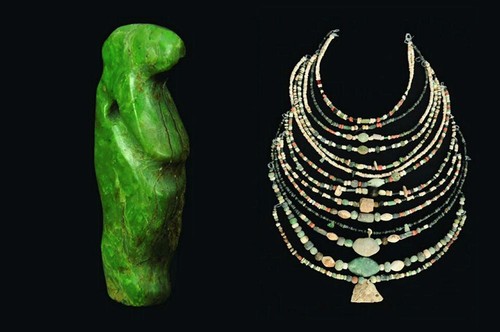 "Since that time people wear charms to bring luck, fertility or as part of their faith. Colorful stones, animals' teeth, horns or nails, seashells and similar natural items were used to make jewelry," Erdoğan said.

He said the excavations showed that the tradition to use ornaments in order to seek protection from illnesses dates back to 10,000 years.

"During Neolithic period, the foundation of today's civilizations was laid, socio-economic structures took shape and social classes began to be formed," Erdoğan added.

The excavations will continue until October at the Boncuklu Tarla site. The findings are currently on display at the Mardin Museum.

The Neolithic 1 (PPNA) period began roughly around 10,000 BC in the Levant region. A temple area in southeastern Turkey at Göbekli Tepe dated around 9500 BC may be regarded as the beginning of the period.