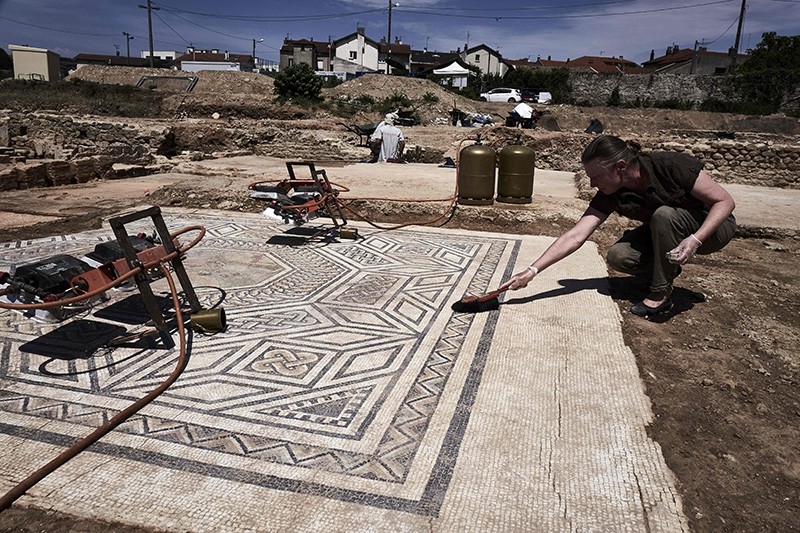 An archaeologist works on a mosaic on July 31, 2017, on the archaeological antiquity site of Sainte-Colombe, near Vienne, eastern France (AFP Photo)
by Anadolu Agency Aug 02, 2017 12:00 am

An "exceptional" archaeological find by French researchers is being dubbed a 'little Pompeii'.

The remains of an entire Roman market district has been discovered by French archaeologists under villas and public buildings on the outskirts of the city of Vienne near Lyon, south-eastern France.

The discovery was made during excavations of almost 5,000 square meters of land, which began in April and are due to continue into December.

Benjamin Clement, scientific manager of the construction site, told France Bleu Isere radio on Wednesday it is "undoubtedly the most exceptional excavation of a Roman site in 40 or 50 years".

Clement said the remains contain well-preserved residences with mosaics in an excellent state.

"It's a marketplace that has been totally burned down, so you can find all the elements in the shops that the craftsmen had left behind to escape the flames," he said. "The other thing is the domus, the well-preserved aristocratic houses, with over 19 uncovered mosaics that enable us to better understand the ways of life in Vienne 2,000 years ago."