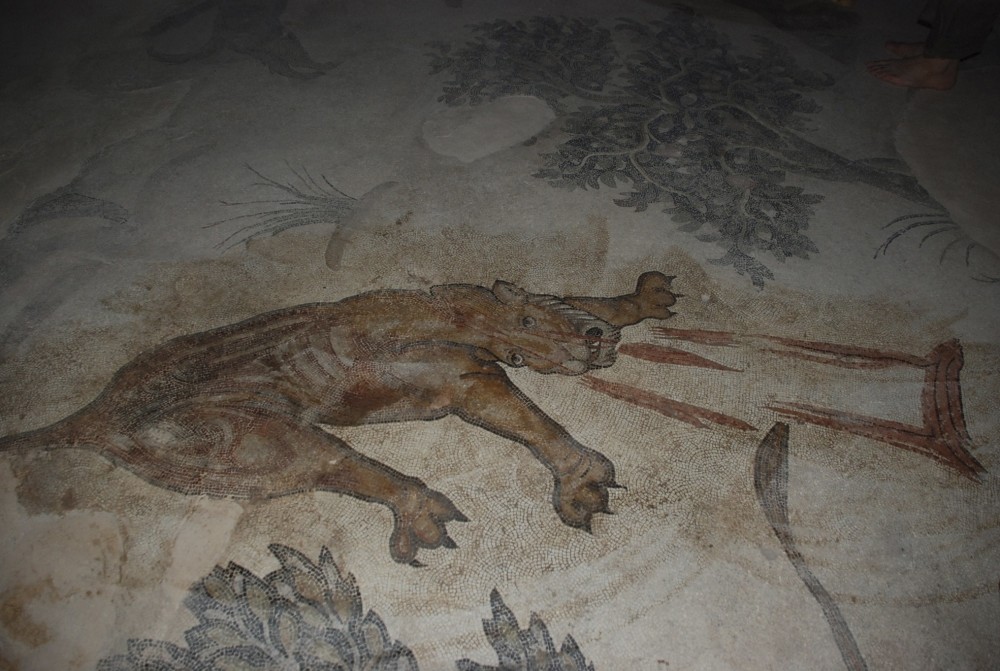 The Haleplibahçe Mosaic Museum, which is home to the "warrior Amazon queen" mosaics engraved on the floor of a Roman palace that were unearthed during groundbreaking excavations surrounding a project conducted in Şanlıurfa province, offer visitors the chance to see ancient mosaics that are thought to date back to the fifth and sixth centuries A.D.

Granted with the title of "Turkey's largest museum," the Şanlıurfa Museum complex offers visitors the opportunity to witness the adventures of humanity spanning centuries from the early ages to today with historical artifacts, animations and imitations.

Artifacts displayed at the complex, which is located on an area of 200,000 square meters near Balıklıgöl, allow visitors to experience the feeling of living in the same area with the ancient Romans, thanks to the visual animations that are organized on a chronological basis. 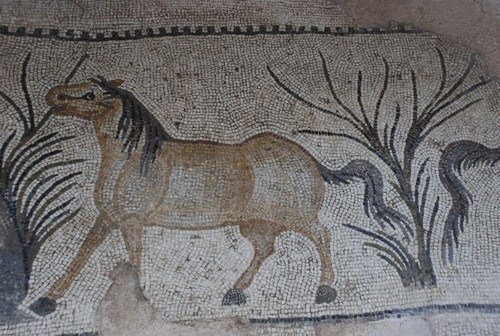 Constructed in the same district of Şanlıurfa province as the archaeological site to prevent artifacts from being damaged during transportation, is also home to the "Orpheus Mosaic." Dating back to 194 A.D., the famous mosaic was sent back to Turkey by the U.S. Dallas Arts Museum years after it was stolen from Şanlıurfa.

The museum, which attracts attention from both local and foreign tourists visiting Şanlıurfa, is expected to boost the city's tourism industry.

Head of the Chamber of Local Tour Guides Müslüm Çoban spoke to Anadolu Agency (AA) and said the mosaics belonged to Roman and Greek civilizations and were constructed masterfully by using natural stones from the Euphrates River.

Stressing the importance of the mosaics in Haleplibahçe, Çoban said, "The museum is home to the first samples of Amazon queens engraved on mosaics. Taking ancient techniques, arts, size and construction and the natural stones of the Euphrates - along with other unique features - into consideration, experts have deemed these mosaics as the most precious mosaics in the world."

Çoban stressed that local and foreign tourists visiting the city have shown interest in the museum, speaking about other mosaics featuring the birth, education and death of Achilles, the gallant warrior of Troy. 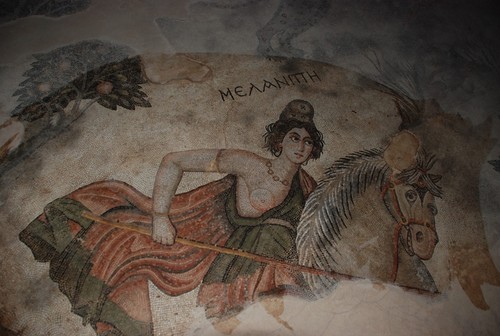 Head of the Department of Archaeology of Harran University's Faculty of Arts and Sciences Professor Mehmet Önal said what makes Haleplibahçe mosaics special is the unique depiction they offer. Slices of the archaeological figures' lives are depicted scene by scene, as well.

Önal said that visitors are offered more scenes about the lives of archaeological figures more at this site than any other, adding: "As far as it is known, the mosaic depicting four Amazon queens hunting in the same scene is also second to none. Especially the depth of the muscles of Penthesilea's horse, the depiction of the rampant horse in motion, the expression of suffering seen on the wounded lion and the success of the mosaic artist in expressionism all fascinate spectators. Furthermore, the smiling eyes of Melanippe's horse, which seems as if it is "looking the spectator in the eyes," attracts interest from visitors. The same effect of the horse's eyes is similar to that of the eyes of the Zeugma gypsy girl."

Önal also mentioned the mosaic that depicts Achilles' life from his infancy until the Battle of Troy, saying: "While mosaics were

generally engraved in Syriac in those times, this mosaic has Greek writing on it. Furthermore, zebra depictions and scenes from the Nile River, both of which are strange to the area, prove that the owner of the ancient villa and the mosaic masters came to Şanlıurfa from a different city."