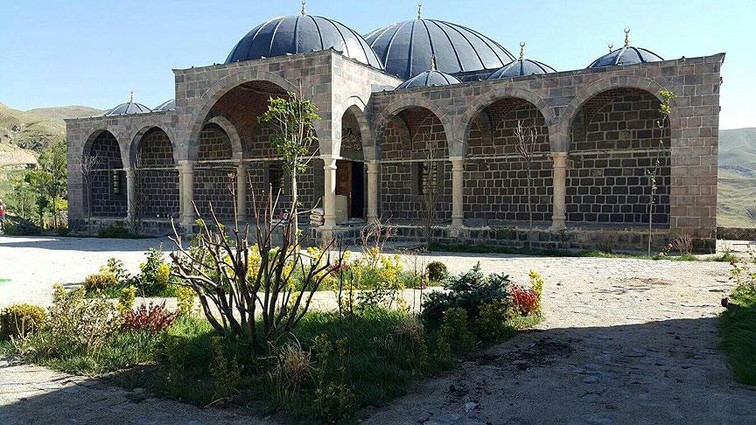 Ahmed-i Hani City Museum and the refurbishing of the Old Doğubayazıt House, named after a district in the Ağrı province, will work to enlighten visitors about the region's 3,000-year history.

The museum focuses on the life of Ahmed-i Hani, who penned many works including "Mem-u Zin" (Mem and Zin) and "Nubihara Biçukan" in the Kurdish Kurmanci dialect. He was a philosopher and historian as well as a Sufi who gave religious classes at the İshak Pasha Palace's Mosque.

Meaning "the spring of the youth," the "Nubihara Biçukan" section of the museum, comprising of three parts, will present the statues of the students educated by the Islamic scholar.

In the second section, "Pillars of Faith," the works, objects and introductory information of Ahmed-i Hani will be on display.

The antique, traditional and cultural treasures will get new lives in the two-story adobe Old Doğubayazıt House. The house will be filled with displays and information in relation to traditional clothes, meals, tandooris, henna nights and the dengbej divan (group singers), along with objects used in every day village life.

Noting that the financing of the project was provided through the support of Serhat Development Agency and the Special Provincial Administration, Akhan said tourists usually only visit Ishak Pasha Palace and Urartu Fortress and continued: "However, we want to persuade the tourists to stay longer through the Ahmed-i Hani City Museum, the Old Doğubayazıt House, the old government office, which is currently under restoration, and the Beyazıt Madrasah. We have also constructed places for displaying goods and figures from Doğubayazıt's culture. The 3,000-year-old city, Doğubayazıt, will now have a chance to shine through these museums promoting its cultural and historical values."