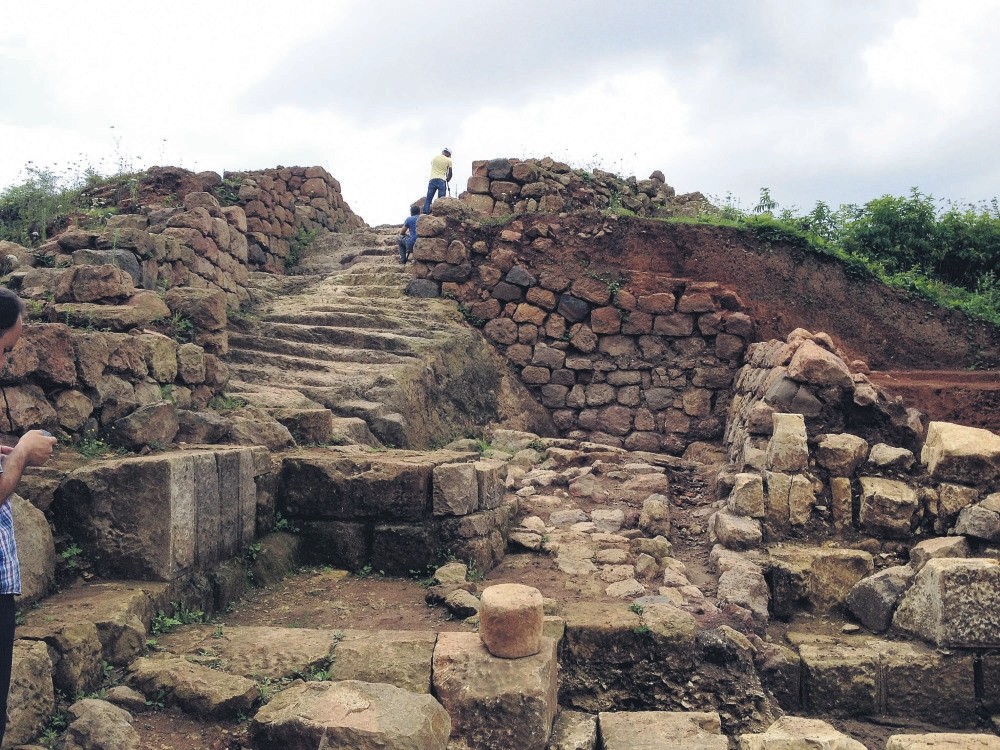 Containing the mother goddess Cybele, the Kurul Fortress in Ordu province is still a mystery box promising many discoveries, as nearly two-thirds of the area awaits excavation

As the first excavation site in the eastern Black Sea region, Kurul Fortress in Ordu province dates back 2,300 years and has gained recent fame with the discovery of a statue depicting the mother goddess, Cybele. Excavations are ongoing, with almost 30 percent unearthed since work started in 2010.

An ancient settlement as well as a protected archaeological and natural area, Kurul Fortress is located in the Bayadı neighborhood, 13 kilometers (8 miles) from Ordu's city center.

Situated on a ledge, the fortress has been excavated and restored since 2010 under the guidance of professor Yücel Şenyurt from Gazi University in cooperation with the presidency of the Ordu Museum Directorate. 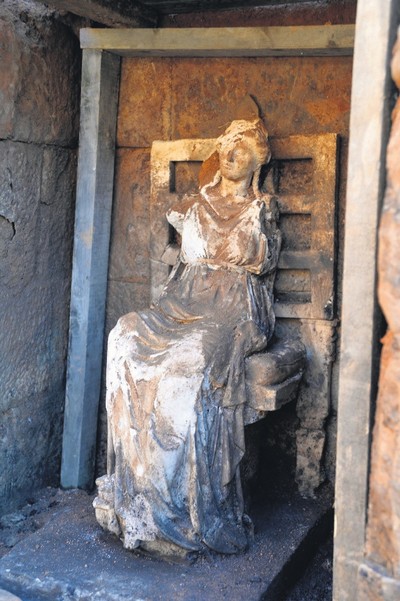 Found during last year's excavation, the statue of the mother goddess Cybele sitting on her throne weighs 200 kilograms (440 pounds) and is 110 centimeters (43 inches) tall and 2,100 years old. The piece has become the most important work unearthed so far.

Approximately 300 stairs of the fortress were also unearthed along with the statue. After examining hundreds of excavated pieces, it was determined that a settlement existed in the area around the first or second centuries B.C.

Featuring walking paths, sitting areas and observation terraces, Kurul Fortress also has an ancient tunnel and water cistern. Forty people are working on the excavation this year, including 20 archaeologists.

Professor Şenyurt told Anadolu Agency (AA) that the excavation work, occurring at an altitude of 570 meters (1,870 feet), is being meticulously monitored.

Şenyurt stressed that the work in the Kurul Fortress is very important, being the first scientific excavation area in the eastern Black Sea region and added that they are determined to unearth the whole site.

Implying that the discoveries at the site, which was once a popular picnic spot, were truly unexpected, Şenyurt said: "Once the excavation work was underway, it was clear that this place had archaeological potential. In the first year, we managed to reach the stone foundation and walls of the fortress. The historic fortress is being unearthed gradually through our periodical excavations."

Noting that measures are being taken to protect the walls of the fortress, Şenyurt drew attention to the fortress' restoration work that will start next year.

Şenyurt confirmed that hundreds of works have been unearthed so far, such as the fortress' entrance door, ceramics, coins, arrowheads, god and goddess statues, storage cubes, water jugs, metal arms, knives, dagger tips, axes, pickaxes, anchors and weaving looms. Explaining that they are protecting all the discoveries in the excavation house for now, Şenyurt said they will be on display in the city museum soon and added that after the statue of Cybele, they hope to find other statues like it.

"The statue of Cybele was taken to Ordu Museum, and its restoration and conservation will be complete in seven or eight months. We hope the fortress, which sits on a nearly 10-hectare [25-acre] settlement area, will be unearthed within 15 years," Şenyurt said.

While explaining that the area will be introduced to the tourism sector soon, Şenyurt also wanted to draw academic attention to Kurul Fortress to promote its inclusion in history books for future generations and scholars.