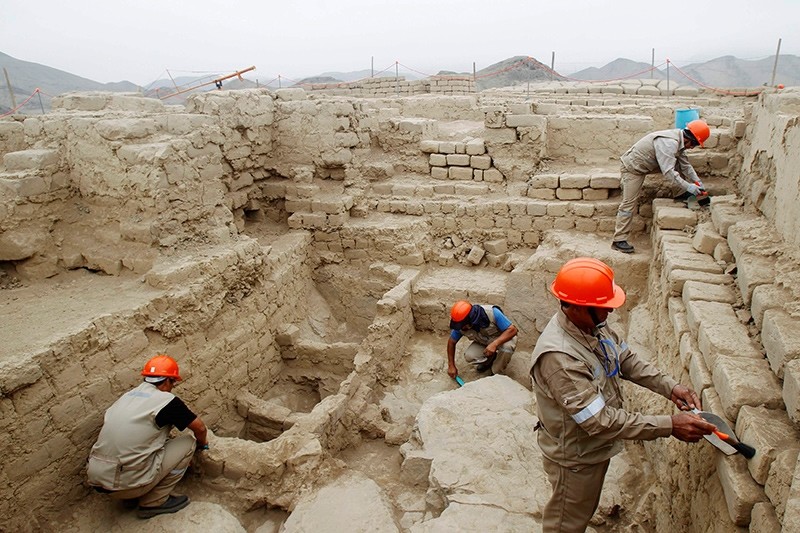 Archaeologists exploring Peru's pre-Colombian past recently unearthed a glimpse of a less prominent chapter in the Andean country's history - the remains of 16 Chinese laborers who toiled in the country over 100 years ago.

The bodies, thought to be those of indentured workers brought to Peru to replace slave labor, were found buried at the top of an adobe pyramid first used by the ancient Ichma people, Roxana Gomez, the lead archaeologist of the site, said on Thursday.

Peru was one of the biggest destinations for Chinese labor in Latin America in the 19th century, a market that thrived after slavery was abolished in the country in 1854.

The Chinese found at the Bellavista pyramid in Lima were buried in the late 1800s and early 1900s and had likely picked cotton at a nearby plantation in "very difficult" conditions, said Gomez.

In a possible sign of how the Chinese gradually emerged from dire poverty in Peru, the first 11 bodies were shrouded in cloth and placed in the ground, while the last five wore blue-green jackets and were buried in wooden coffins, Gomez said.

"In one Chinese coffin, an opium pipe and a small ceramic vessel were included in the funerary ensemble," said Gomez.

Chinese laborers were generally not allowed to be buried at Lima's Catholic cemeteries, forcing them to improvise burial sites, according to Peru's Culture Ministry.

The remains of Chinese laborers were previously found in Lima at other adobe pyramids known as "huacas." Built by the indigenous societies that once ruled much of Peru's Pacific coast, huacas were used as administrative and religious centers where members of the elite were often buried with gold objects, ceramics or human sacrifices.

Gomez said the huacas had a sacred association that might have made them attractive places for burial by Chinese laborers.

The Bellavista huaca was occupied by Ichma starting in about 1000 A.D. and was later annexed by the Incan empire until the arrival of Spanish conquerors who deemed huacas blasphemous.

Italian immigrants later kept vineyards at the base of the site, Gomez added.

"The best way to understand our history is as a continuum of different cultures," said Gomez.