Five-century-old social complex in Turkey's Bursa to be rejuvenated 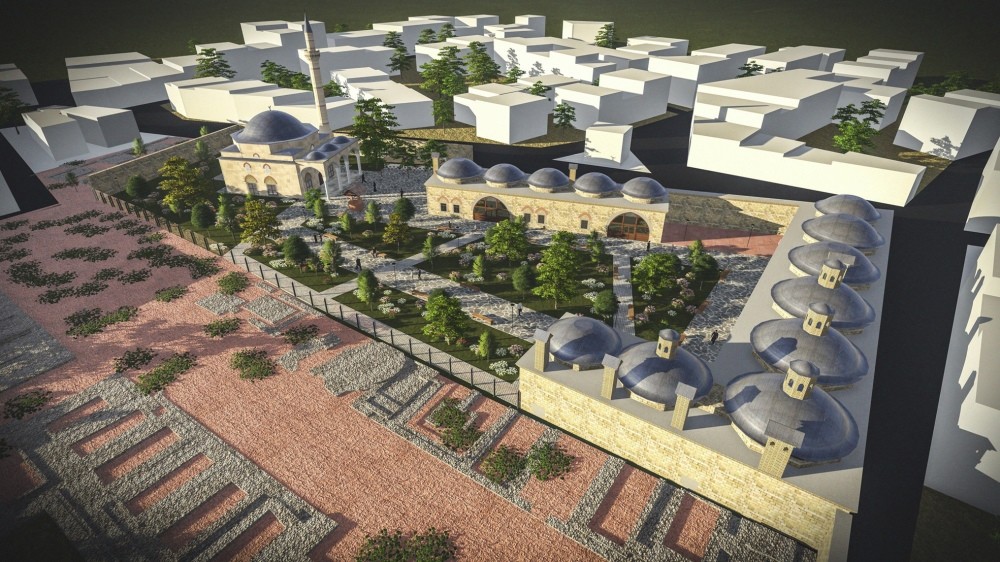 A five-century-old social complex (kulliyah) built upon the request of Grand Vizier Sinan Pasha, the conqueror of Yemen, is sure to enliven the social and cultural life of the Yenişehir district of Bursa province after restoration.

The Bursa Municipality began restoration to restore the Sinan Pasha Kulliyah to its previous state.

The five-century-old complex, which includes a mosque, madrasah, soup kitchen, main entrance and door all still standing will return to its previous magnificence.

Bursa Metropolitan Mayor Recep Altepe examined the restoration together with Yenişehir Mayor Süleyman Çelik. Explaining that the city got on the UNESCO list through their investment in Bursa, Altepe said that they are inclined to the districts for historical heritage investments, and this will be registered in history as a time of reviving civilizations.

Noting that the Yenişehir district is also a historical capital, Altepe said: "The 500-year-old Sinan Pasha Kulliyah at the heart of the district is also an important piece of heritage. It is a great work with its mosque, madrasah and soup kitchens. The madrasah and soup kitchen have been restored since they had been destroyed for years. There are cracks that have occurred in the walls because of earthquakes. The last parts are being completed and porticos will be also finished. We are planning to serve as a social and cultural facility in the spring after the new year. The work costing nearly TL 7 million [2 million] will serve the culture of the area."

Yenişehir was the first capital of the Ottoman Empire, and the first khutbah was read in there.

"Rejuvenation of the kulliyah is important for our district. After the restoration, we will have a historical atmosphere again," Çelik said.