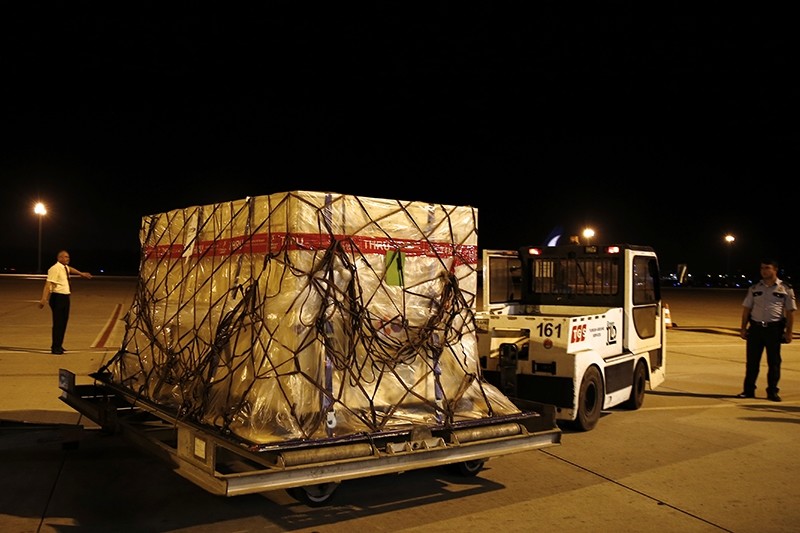 Fifty years after being stolen from Turkey, a sarcophagus of the mythical warrior Heracles arrived home Thursday.

The 2,200-year-old treasure was stolen from Turkey during illegal excavations in the early 1960s in the ancient city of Perga in Aksu district, in Turkey's Mediterranean province of Antalya.

The necropolis within the borders of the ancient city of Perga was private property for many years and was expropriated last year. Before the expropriation process, land owners and treasure hunters carried out illegal excavations and smuggled away one of the sarcophagi. The land owner, who is currently imprisoned in Antalya's Elmalı Prison, confessed that his uncle sold a sarcophagus to him in 2001. During the illegal excavations, some of the sarcophagi were either damaged or smuggled.

The artifact was confiscated in 2010 by the Swiss customs authority at the port of Geneva. In September 2015, the Geneva Public Prosecutor's Office announced its decision to return the tomb to Turkey.

Before being repatriated to Turkey, the tomb was exhibited at Geneva University for a few months.

The artifact, which depicts the legendary 12 labors of Hercules, will now be placed among other historical sarcophagi at the Antalya Museum.

With a height of approximately 135 centimeters (53 inches) and width of 112 centimeters, the 3,000-kilogram (6,600-pound) tomb has been dubbed "Torre Nove" in archaeological literature.