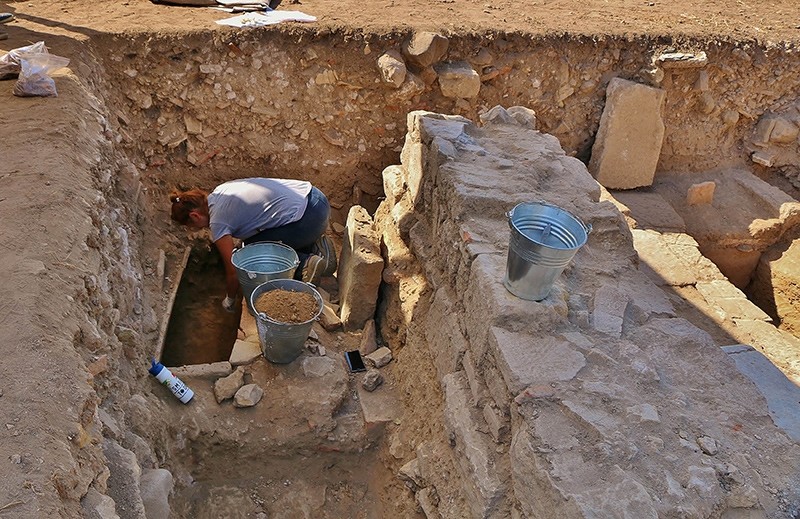 Archaeologists have discovered a second church dating back 1,200 years in the ancient city of Adramyttium in Turkey's northwestern Balıkesir province, reports said Wednesday.

The church was discovered during excavations at Adramyttium led by Balıkesir Kuvayi Milliye Museum Directorate and Burhaniye Municipality, and a team of 30 archaeologists.

The excavation work at the ancient site, which has been ongoing for the past six years, has revealed the second church.

An archaeology professor at Mimar Sinan Fine Arts University professor Hüseyin Murat Özgen, who provides scientific counseling for the project, told Anadolu Agency that the project aims to cover all periods in the area, rather than just the Roman era.

The researchers have found settlement camps dating back to the Chalcolithic period in Bergaztepe, located above the ancient site, Özgen said.

The city was significant for Byzantium Empire, Professor Özgü Çömezoğlu from Istanbul University said, noting that findings show the church's apses were decorated with murals.

Pieces of kitchen utensils were also found inside the church, Çömezoğlu said.

"We believe that the church was used until early 14th century" the professor added.

Ancient city of Adramyttium was an ancient city located at the head of the Gulf of Edremit, on the River Caicus in the Plain of Thebe.