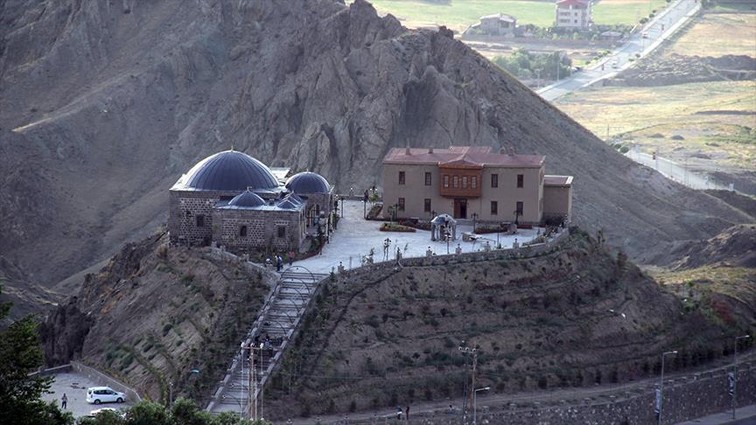 Shedding light on the life and works of philosopher, historian and Islamic Sufi Ahmad Khani, the Old Doğubayazıt House and the Ahmad Khani City Museum opened to visitors last month and have already hosted 5,000 visitors, attracting a great deal of attention in the first month since opening

Shedding light on the three-millennia-old history of eastern Turkey, the Ahmad Khani City Museum, opened in the district of Doğubayazıt in Ağrı province with the participation of Turkey's Minister of Family and Social Policies Fatma Betül Sayan Kaya and Minister of Culture and Tourism Numan Kurtulmuş, and the Old Doğubayazıt House have hosted a large number of visitors since opening in the first week of August.

Built across an area above the district with a bird's-eye view with the financial support of the Serhat Development Agency and the Provincial Special Administration, the construction of these two historically significant places offers a glimpse into the life and works of Ahmad Khani, a philosopher, historian and Islamic Sufi.

They also provide visitors with the opportunity to experience the traditions of the region, thanks to stunning locations that overlook the Ishak Pasha Palace, the Beyazıt Mosque and the Urartu Fortress. Besides, the museum attracts attention thanks to its architectural structure compatible with the history of the region.

Implying that the museum and the old house have become the focus of foreign and local tourists in a short time, Akhan said, "September is also a fertile month for our district. The Ahmad Khani City Museum and Old Doğubayazıt House, which are an alternative to our historical values in our district, have increased our tourism potential since their first month of opening."

He continued to say, "Local and foreign tourists who come here have the opportunity to visit two historical places at once, gaining knowledge about eastern culture with our museum. The artifacts and figures featured in their original form successfully transfer Ahmad Khani's works and the 3,000-year-old traditions of our region to the next generation."

Visiting the museum with his family, Mustafa Şimşek said the location of the constructed site is significant as it has been erected on the side of a hill, adding: "We came here upon the recommendation of our friends in order to witness the history of the region more closely with our children. We are especially amazed by the mummified human figures. The design of the museum's outer structure is perfect, as is the interior of the museum. When you go to the garden of the museum, you can see the Ishak Pasha Palace, the Beyazıt Mosque and the Urartu Fortress."

Implying that these are very precious structures which preserve the 3,000 year-old culture of the region for future generations, another visitor of the museum, Fatma Akkuş, said, "Even though we are natives of this region, we were largely unaware of some of the ancient traditions we are now learning about at the museum. With the opening of these two important exhibits, the youth of Turkey will be introduced to the region's history and tourism will also be promoted."