Museum of Military History, an indelible Ottoman mark in Vienna 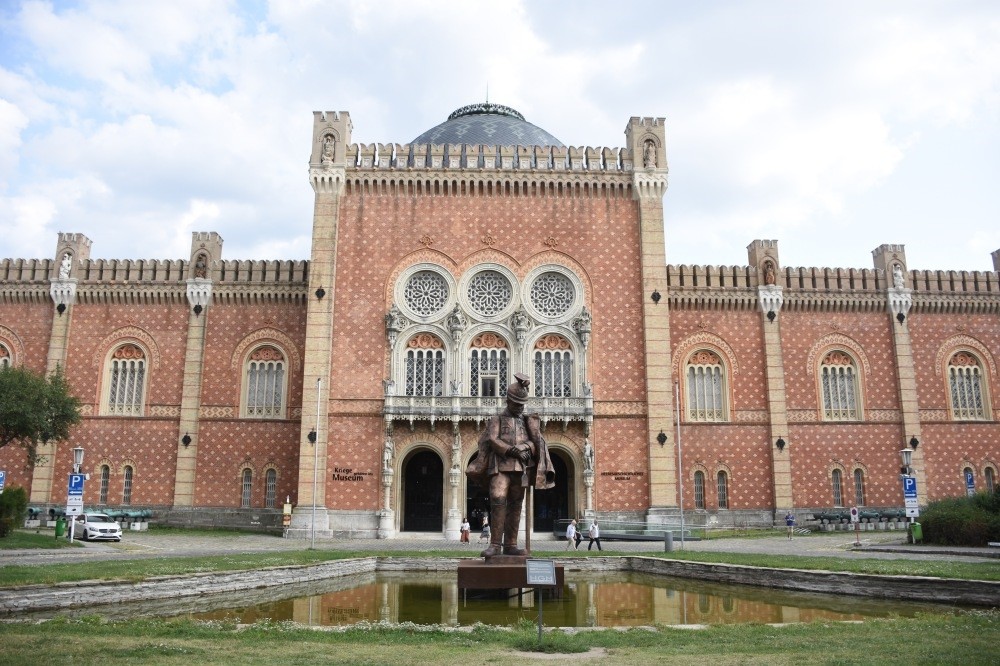 Once an arsenal garrison constructed to protect the emperor of the Habsburg Dynasty in the aftermath of the French Revolution, the Museum of Military History in Vienna is among the most prominent museums in the world thanks to its huge collection of unique Ottoman war pieces and personal artifacts of Ottoman figures

Located in Vienna, Austria, the Museum of Military History is home to approximately 1.5 million artifacts from various periods and wars, including Ottoman munitions. The museum's collection has over 100 pieces of Ottoman weapons and ammunition used in the second Siege of Vienna in 1683, along with swords, daggers, arrows and flags, all used in various wars between the Ottoman and Habsburg Empires. One of the oldest pieces in the museum dates to the 16th century.

Weapons and ammunitions from five centuries, between the Thirty Years' War and World War II, are on display.

While the pieces used in wars with the Ottomans, Germans and French along with those used in both world wars are categorized in six departments, large scale military vehicles like tanks and field guns from the 18th century are exhibited in the museum's grounds.

At the museum's entrance, 183-centimeter marble statues of 56 commanders who left their marks on Austria's war history, welcome visitors. The museum's walls are decorated with depictions of important wars in Austrian history by prominent painters of the time along with marble columns and a vaulted ceiling. It is also home to a huge collection of portraits and war sketches.

A seal belong to Sultan Mustafa II and an Ottoman lunar calendar are among the prominent pieces exhibited in the museum in addition to pieces such as arrows, arches, guns, flags and tents captured from the Ottoman army between the Siege of Vienna and the Treaty of Karlowitz in 1699.

The information booklet on the museum's history and inventory notes that on the seal of the Mustafa II, which was taken by the Savoy Prince Eugen during the Battle of Zenta, is written: "Mustafa, the son of Sultan Mehmed, is the victor all the time."

In the booklet, which praises the Ottoman arrow and arch making process, says that Ottoman archers could shoot 15 arrows a minute reaching up to approximately 300 meters.

In the lounge where Ottoman artifacts are exhibited, the most prominent pieces are rifles inlaid with mother of pearl, guns of various sizes, bricks, daggers, hats and a flag with "tawhid" (verses on the unity of God) written on it.

The museum has the second-largest collection of Ottoman artifacts after Turkey. The Museum of Military History in Vienna also displays weapons and uniforms from Ottoman soldiers who fought in World War I along with medals, reliefs and ornaments that belonged to Enver Pasha, one of the prominent figures of the time. 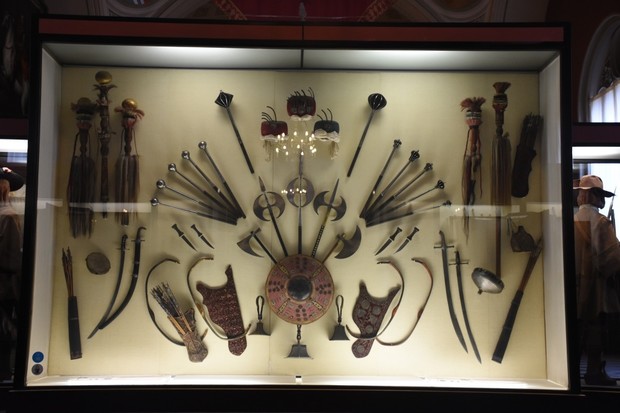 One of the most prominent and largest museums in the world

Organizing conferences on various subjects regularly, the museum also hosted history Professor İlber Ortaylı, who spoke in 2010 on the second Siege of Vienna.

Christian Ortner, the director of the museum, told Anadolu Agency (AA), that featuring pieces from wars and military incidents that are up to 500 years old, the museum presents traces of Byzantine, Baroque, Rococo and Gothic styles of architecture.

"I can say that this is one of the most prominent and biggest military museums in the world with its huge collection of 1.5 million pieces. Featuring various war pieces and military vehicles belong to different periods, the museum also inspires many other museums around the world," Ortner said. 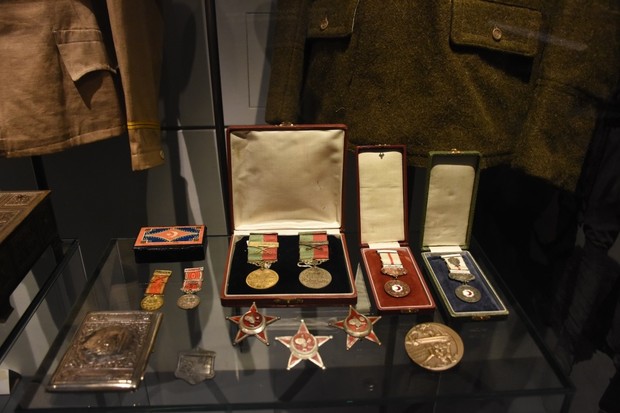 Giving information about the storage process of the artifacts throughout the hundreds of years since the second Siege of Vienna, Ortner said: "Ammunitions, the number of which is around 100, dating back to the second siege by the Ottomans were primarily preserved in the ammunition stores of the emperorship. As they weren't used in any wars since then, they could be preserved up until today. What's more interesting is that a great majority of the pieces exhibited here consists of those which belong to Ottoman armies."

Stating that the museum attracts more than 100,000 visitors in a year, Ortner said: "The Museum of Military History is probably the second-largest collection of Ottoman pieces in the world outside Turkey. We are proud of this."

Noting that they collaborate with many military museums all around Europe, Ortner added, "Last year we worked mostly with the French museums by exhibiting our pieces dating back to the Napoleonic Wars in France."

Also speaking on the close relationship between Ottomans and the Austro-Hungarian Empire during World War I, Ortner cited the Ottoman uniforms, weapons and ammunitions Ottomans bought from Austria, which are being exhibited at a room featuring World War I.

Stressing that around 1,500 Austrian soldiers fought with the Ottoman army on the Gallipoli, Gaza and Palestine fronts, Ortner said: "During World War I, the 70 cannonballs supplied by the Skoda factory, which provided the Habsburgs with ammunition, made a large contribution to the Ottoman army against the British army. While the Austria-Hungary army sent 1,500 soldiers consisting of pilots, paramedics and artillerymen, the Ottoman army supported us at the Galicia front against Russia." Ortner spoke about the statement: "Wars belong to the museums," written at the entrance of the museum, and said that all the aspects of war should be exhibited in museums to show what unfavorable effects they have had on humanity. Addressing both Turkish-Austrians and visitors from Turkey, Ortner said: "Observing pieces belong to your own culture at a museum in Austria must be highly interesting. Hence, the visits from our Turkish friends really please us."

Once an arsenal, transformed into a museum

The museum building was built by the Habsburgs in 1848, and then with the effect of the public riots aroused in many countries around Europe in the aftermath of the 1789 French Revolution, the arsenal, garrison and armory was planned to be able to save the emperor and ruling class from the public in case of a possible riot in Vienna.

A part of the arsenal, which was built to increase patriotism and the consciousness of nationhood within the society, was transformed into the Museum of Military History in 1856. Designed by architect Theophil Hansen, the museum is just a part of the huge arsenal, which originally had 31 parts. In the aftermath of gathering the military vehicles and ammunition taken by the Ottomans and French along with personal collections under the same roof, the first museum in the country opened to visitors in 1872.