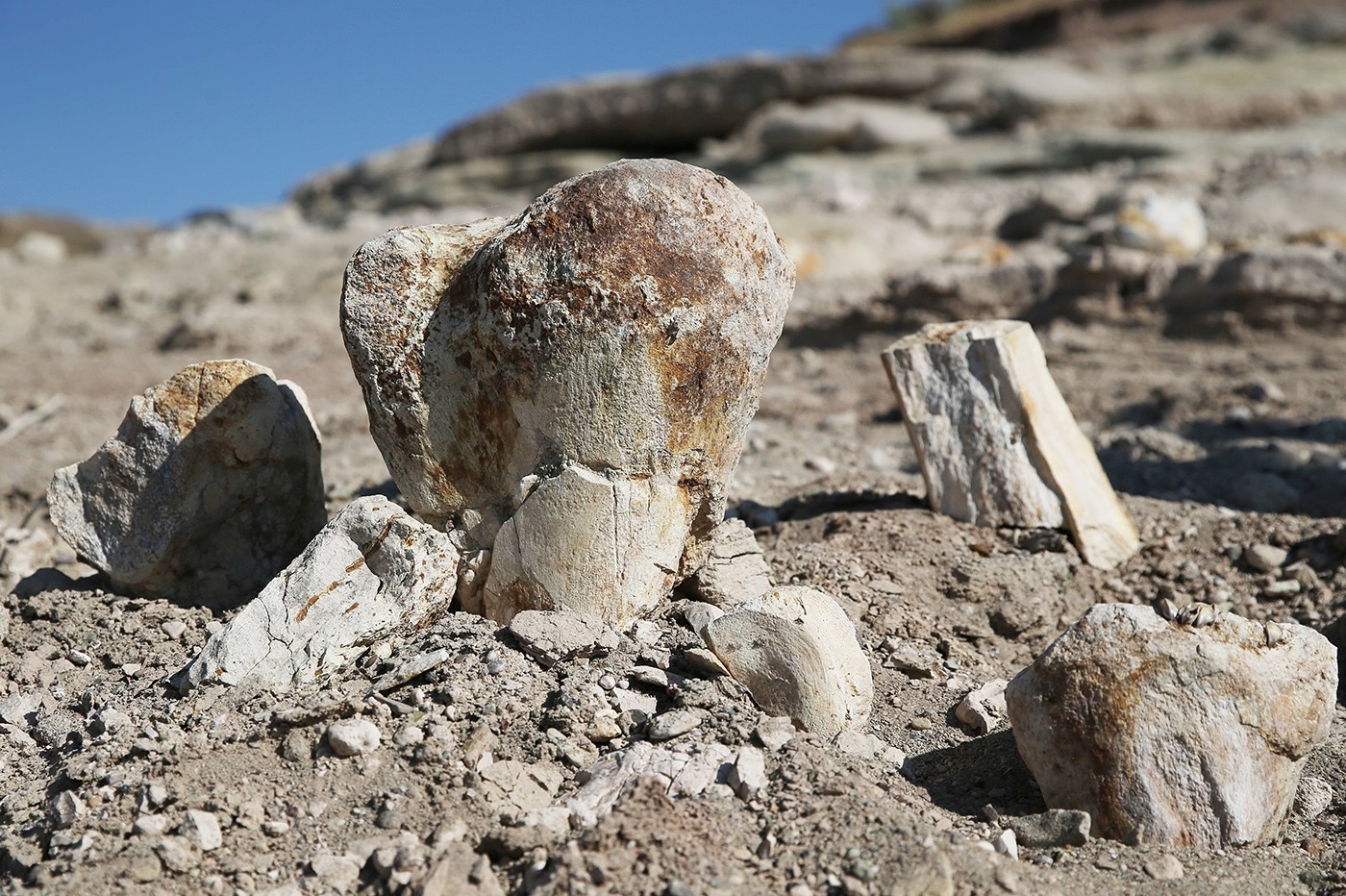 This photo shows parts of the fossils discovered by goatherd Murat Adu0131yaman near the Yamula Dam located in Turkey's central Kayseri province. (AA Photo)
by Daily Sabah Oct 08, 2017 12:00 am

A goatherd notified authorities after discovering gigantic bones, believed to be from a three-to-six-millennia-old mammoth, while herding his goats in a field in Turkey's central Kayseri province.

Murat Adıyaman, who lives near the Yamula Dam located in the Kocasinan district, said he thought the bones could be beneficial for the country and decided to reach out to experts.

Professor Osman Özsoy, the Kayseri representative of the Environment and Culture Protection Foundation (ÇEKÜL), said he also shared images of the discovered fossils with several paleontologists.

The paleontologists told Professor Özsoy that the fossils are likely to belong to a mammoth or elephant, but the professor said the fossils need to be analyzed before making a conclusion.

He said the recent discovery is important because fossils of a nine-millennia-old giraffe were discovered in the same province a year earlier.

Özsoy also added that previous discoveries of fossils, like this recent discovery, were made when the water levels near the dam recede and said protective excavation should be initiated before the rise in water levels.

Last year, a 2.5-million-year-old mammoth fossil was found in the central Turkish province of Konya.